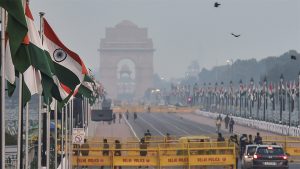 Ahead of the Republic Day, the Commissioner of Police Amulya Patnaik interacted with Sub Divisional Police Officers (SDPOs) and station house officers (SHOs) in connection with arrangements of security.

New Delhi: The Airports Authority of India (AAI) has issued a notice to airmen (NOTAM) to not permit landing and take off for around two hours at Delhi’s Indira Gandhi International (IGI) Airport on several days in January due to Republic Day celebrations.

Ahead of the Republic Day, the Commissioner of Police Amulya Patnaik interacted with Sub Divisional Police Officers (SDPOs) and station house officers (SHOs) in connection with arrangements of security. Regarding the anti-terrorist measures before the Republic Day, he said that tenant verification, checking of hotels and guest houses, and security arrangement for market areas was underlined. He also stressed upon proper security coverage of markets, malls, and religious places.

Patnaik said that a sufficient number of reserve staff with anti riots gear should be ready to deal with any unforeseen situation. Despite hard-pressed duties, the welfare of staff should also be constantly taken care of to keep their morale high.

The Ministry of Defence on Thursday shortlisted a total of 22 participants for the Republic Day parade on January 26. The participants including 16 States and Union Territories and six ministries and departments have been shortlisted for participation in the parade after a series of five meetings.

Prime Minister Narendra Modi has invited Brazilian President Jair Messias Bolsonaro to be the Chief Guest at the Republic Day, which the Brazilian president accepted. 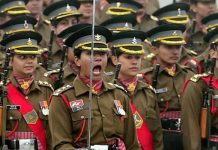