The Prime Minister said that the effort of the Central government has led to an increase in the production and export of spices in the country.

Karnataka: Prime Minister Narendra Modi on Thursday (January 2) said that the government is focusing on formulating a cash crop and export-centric farming system, while releasing the 3rd installment of Pradhan Mantri Kisan Samman Nidhi of Rs 2000 for the period December 2019 – March 2020. He also distributed Krishi Karman Awards to farmers in Tumakuru.

The Prime Minister said that the effort of the Central government has led to an increase in the production and export of spices in the country.

Addressing a gathering after distributing Krishi Karman Awards, Modi said, “There was a time in the country when one rupee was sent for the poor and farmers, but only 15 paisa used to reach them and the rest 85 paise was consumed by middlemen. Today, all the money that is sent from Delhi is deposited in the farmers’ account.”

Distributing Agriculture Minister’s Krishi Karman Awards for Progressive Farmers and Commendation Awards to the states at a public meeting in Tumkur, he said this will benefit approximately 6 crore beneficiaries and distributed Kisan Credit Cards (KCC) to select farmers of Karnataka.

Referring to the government’s efforts on the Fisheries sector, the Prime Minister said the government is working at three levels to strengthen the sector.

Prime Minister said, “fishermen have been linked to the Kisan Credit Card facility. New fishing harbors are being built in large rivers and in the sea for the convenience of fish farmers. A special fund of Rs 7.50 thousand crore has also been created for modern infrastructure. Fishermen’s boats are being modernized for deep sea fishing and navigation devices are being installed in boats for the protection of fishermen with the help of ISRO.”

Keeping in view the nutritional security of the country, he also requested to create a new category in the Krishi Karman Award, for Nutri Cereals, Horticulture, and Organic Agriculture. This will give impetus to people and states doing better work in these areas, he added.

On the occasion, the Union Minister for Agriculture and Farmers’ Welfare, Narendra Singh Tomar informed that a toll-free number for the beneficiaries of PM-Kisan Yojana, 155261 has been started at which the farmers will be able to know their payment status.

He also informed about the government’s commitment to social security for small and marginal farmers and added that two welfare schemes – PM-Kisan which provides income support, and PM- Kisan Maandhan-Yojana (PM-KMY) for pension assistance are being implemented.

The minister added that a mobile application is also being developed for ease of access to PM Kisan Portal facilities for farmers. 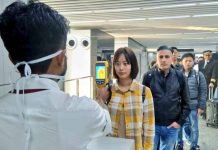 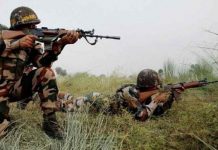