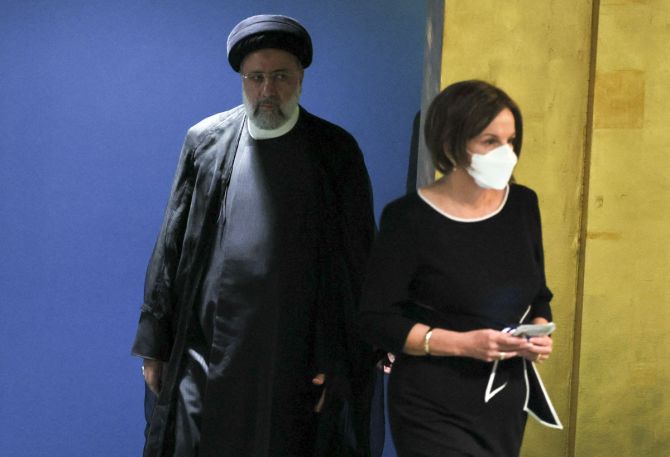 IMAGE: Iran’s President Ebrahim Raisi arrives to address the United Nations General Assembly in New York City, September 21, 2022.
Last month, a group of Iranian exiles filed a case against Raisi in a New York court accusing him of sentencing countless dissidents to their deaths during his tenure as a judge in Tehran in the late 1980s. Photograph: Brendan Mcdermid/Reuters 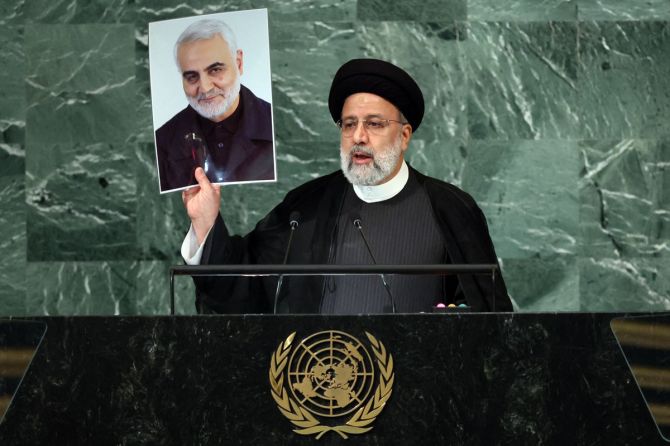 IMAGE: Raisi brandishes a photograph of Major General Qasem Soleimani, the commander of Iran’s Quds Force, who was killed by a US drone on January 3, 2020 outside Baghdad airport. Photograph: Brendan Mcdermid/Reuters 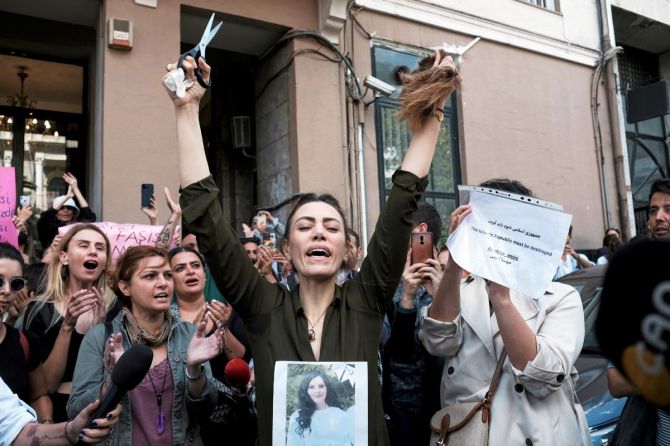 IMAGE: Nasibe Samsaei, an Iranian woman living in Turkey, reacts after she cut her hair during a protest following the death of Mahsa Amini outside the Iranian consulate in Istanbul. Photograph: Murad Sezer/Reuters 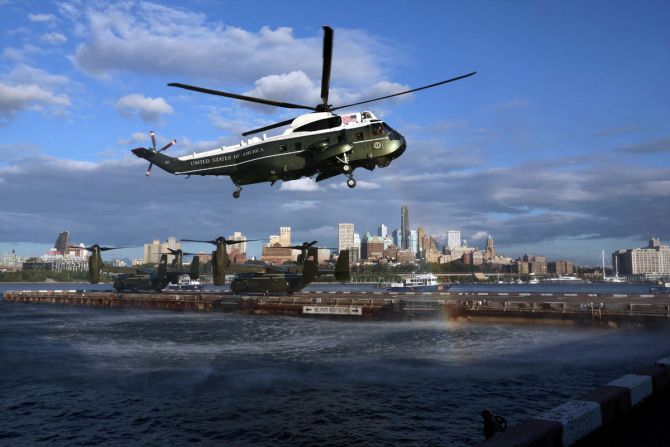 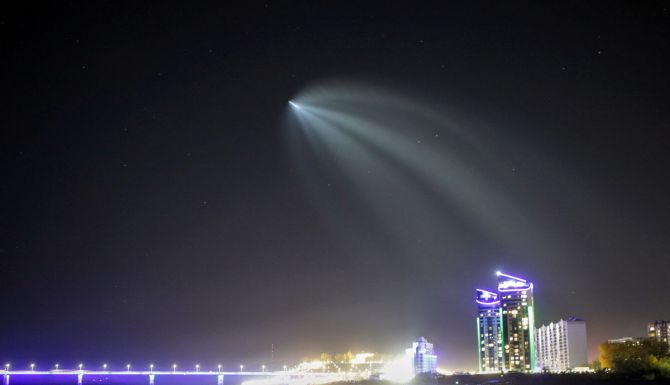 IMAGE: The Soyuz MS-22 spacecraft, with the crew formed of NASA Astronaut Frank Rubio along with Roscosmos Cosmonauts Sergey Prokopyev and Dmitry Petelin on board, ascends towards the International Space Station after blasting off from the Baikonur cosmodrome as a front view shows the city of Barnaul in Russia. Photograph: Marina Lystseva/Reuters

8. Can a global recession be predicted?

She would spit fire even while bowling at me in nets: Mithali Raj pays tribute to longtime teammate Jhulan Goswami | Cricket News