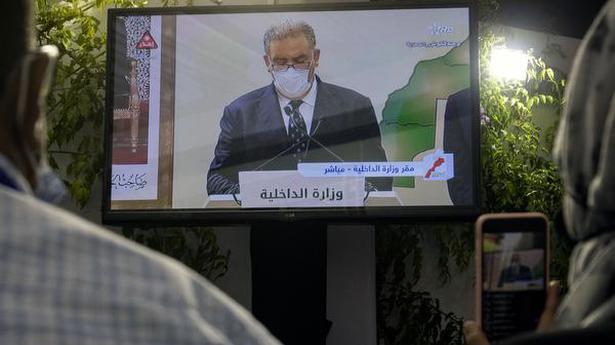 With nearly all the votes counted, the Interior Ministry said the National Rally of Independents took 97 seats in the lower house of Parliament out of 395.

A Moroccan party run by a billionaire considered close to the monarchy, won the most seats in legislative elections, while the Islamist party that has been in power for a decade suffered a stinging defeat, according to results announced on Thursday.

With nearly all the votes counted, the Interior Ministry said the National Rally of Independents (RNI), took 97 seats in the lower house of Parliament out of 395. The Islamist Justice and Development Party (PJD), which has led the government since 2011, won only 12 seats, down from 125 in the last elections in 2016.

Under the country’s constitution, the King appoints the Prime Minister, from the party which wins most seats, who will then proceed to form a government. Overall, the role of lawmakers is limited by the powers of King Mohamed VI, who oversees strategic decision-making.

It remains unclear if the PJD will be part of the upcoming governmental coalition, or move back into the Opposition ranks for the first time in more than a decade.

RNI is led by Aziz Akhannouch, considered by Forbes to be the richest person in Morocco, and has close ties with the monarchy. He is also the agriculture minister.

PAM was formed in 2008 by Fouad Ali El Hima, a personal friend of King Mohammed VI and one of his close advisors.

The Interior Ministry said 50% of the electorate had turned out to vote in Wednesday’s legislative, regional and municipal elections.

The results show that the RNI, more than doubled its share of seats. The party had won only 37 seats in the 2016 elections.

The RNI party has been part of a coalition with the PJD in the two previous governments, leading key and influential ministries, including finance, tourism and trade.

The elections were held in the shadow of the pandemic. Candidates promised to create jobs and boost Morocco’s economy, education and health care.