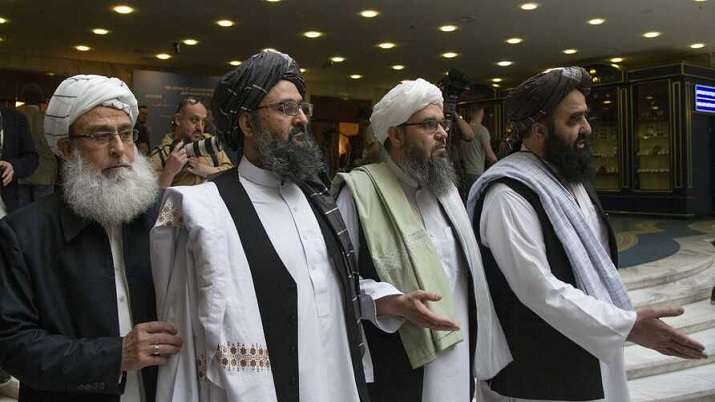 Mullah Mohammad Hasan Akhund, the chief of the Taliban’s powerful decision-making body ‘Rehbari Shura’, has been named as Afghanistan’s new head of state by the insurgent group’s top leader Mullah Hebatullah Akhundzada, according to a Pakistani media report.

Mullah Abdul Ghani Baradar, Chairman of Taliban’s Political Office in Doha, and Mullah Abdus Salam will work as deputies of Mullah Hasan in the new Taliban government, which is likely to be announced next week, The News International reported, citing multiple sources.

Mullah Hasan is presently head of the Taliban’s powerful decision-making body – Rehbari Shura or leadership council – which serves much like a government Cabinet running all the group’s affairs subject to the approval of the top leader.

Mullah Hebatullah himself proposed Mullah Hassan’s name to head the government, the paper said, adding that the issues within ranks of the Taliban regarding the formation of the government have been resolved.

According to the paper, Mullah Hassan belongs to Kandahar, the birthplace of the Taliban, and was among the founders of the armed movement. He worked for 20 years as head of Rehbari Shura and remained close to Mullah Hebatullah.

He had served as foreign minister and deputy prime minister during the Taliban’s previous government in Afghanistan from 1996 to 2001.

Mulla Yaqoob, son of the Taliban founder Mullah Mohammad Omar, will be the new defence minister, the paper said.

Yaqoob was a student of Mullah Hebatullah, who had earlier appointed him as head of the powerful military commission of the Taliban.

Sirajuddin Haqqani, the head of the notorious Haqqani network and son of the famous anti-Soviet warlord Jalaluddin Haqqani, is likely to get the portfolio of interior minister, while Mullah Ameer Khan Muttaqi will be the new foreign minister, according to the Taliban sources.

Sirajuddin Haqqani is a specially designated global terrorist. According to the FBI website, the US Department of State is offering a reward of up to USD 5 million for information leading directly to the arrest of Sirajuddin Haqqani, who is thought to stay in Pakistan, specifically the Miram Shah area in North Waziristan, and maintains close ties to the Taliban and al Qaeda.

He is wanted for questioning in connection with the January 2008 attack on a hotel in Kabul that killed six people, including an American citizen. He is believed to have coordinated and participated in cross-border attacks against the US and coalition forces in Afghanistan.

He was also allegedly involved in the planning of the assassination attempt on Afghan President Hamid Karzai in 2008, the FBI website noted.

Citing the Taliban sources, the paper said Mullah Zabiullah Mujahid, whose name was earlier proposed for information minister, will now be the spokesperson for the new head of state.

The Taliban last week postponed the formation of a new government as the insurgent group struggles to give shape to a broad-based and inclusive administration acceptable to the international community.

During his visit, the ISI chief had met Mullah Baradar and Hizb-e-Islami leader Gulbuddin Hekmatyar and discussed the current situation in Afghanistan.

According to reports, the new government in Kabul will be based on the lines of the Iranian leadership, with the group’s top religious leader Mullah Hebatullah as Afghanistan’s supreme authority.