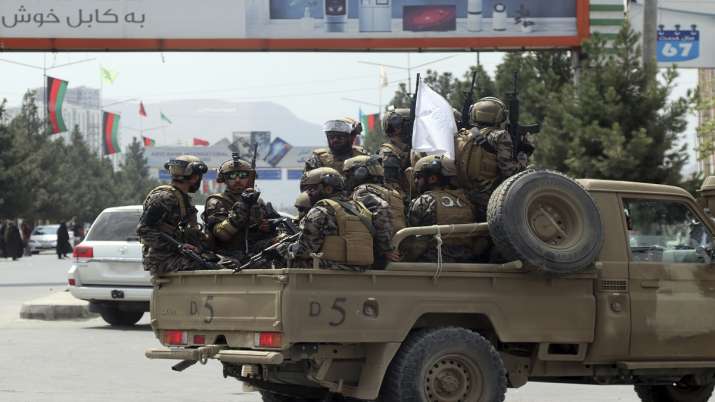 British Foreign Secretary Dominic Raab says the UK is not planning to recognize Afghanistan’s Taliban government, but is prepared to have a constructive relationship with the militant group.

Raab said the world has to “face up to the new reality in Afghanistan” following the withdrawal of Western troops and the Taliban takeover.

The British government is facing criticism for failing to anticipate the rapid collapse of Afghanistan’s Western-backed government, and for failing to evacuate all British nationals and their Afghan allies.

Speaking after talks with Pakistan Foreign Minister Shah Mahmood Qureshi in Islamabad, Raab said “we don’t recognize the Taliban as a government … but we do see the importance of being able to engage and have a direct line of communication.”

He said Pakistan’s role would be “vital” in exercising a “moderating” influence on the Taliban.

Qureshi meanwhile said Pakistan didn’t have the choice of “getting up and leaving” because of its close proximity to Afghanistan, and that had informed its decisions on the developing situation in the neighbouring country.

“We are neighbours. We have to co-exist. Geography ties us together. So our approach has to be somewhat different,” he told the news conference.