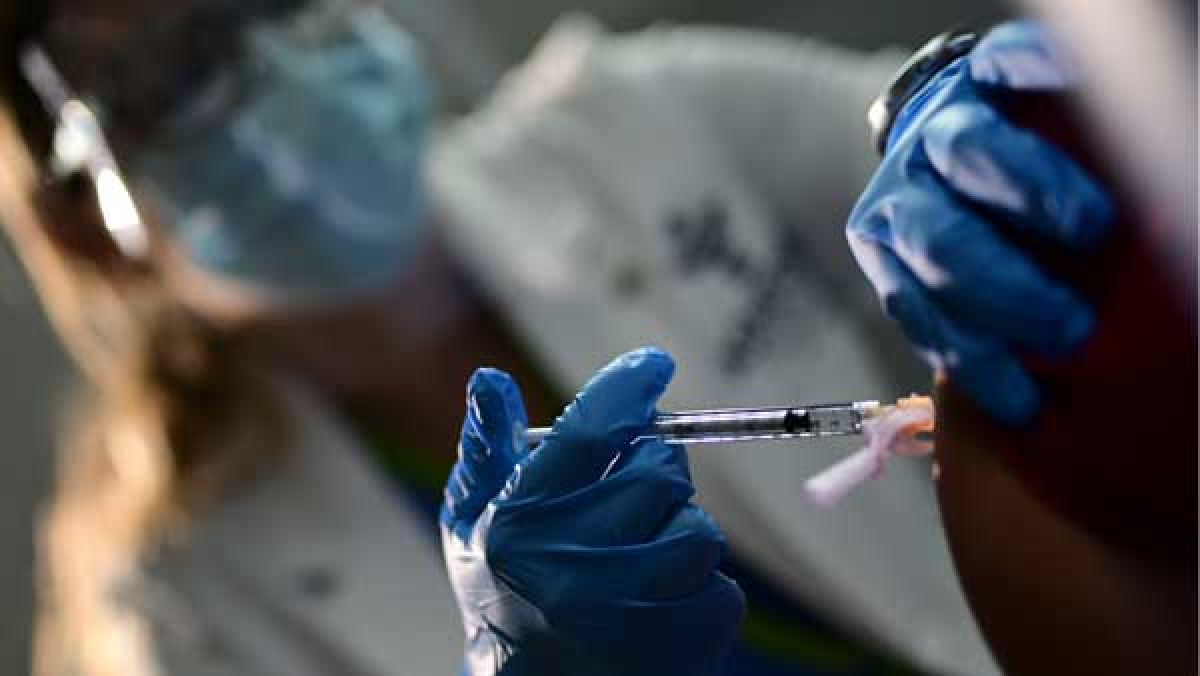 New Delhi, Sep 02: More than half of India’s adult population has received at least one dose of COVID-19 vaccine and 16 per cent have got both, the Union government said on Thursday as the cumulative number of doses administered in the country crossed 67 crore.

In Sikkim, Dadra and Nagar Haveli, and Himachal Pradesh all the adult population have got at least one dose of vaccine, Union Health Secretary Rajesh Bhushan said at a press conference.

“That”s a huge achievement and would not have been possible without very effective and optimal participation of all healthcare workers, state governments and Union Territory administrations,” Bhushan said.

On both August 27 and 31 more than one crore vaccinations took place.

According to data shared at the press conference, the number of vaccine doses administered daily has increased from 19.69 lakh in May to 39.89 lakh in June and further to 43.41 lakh in July.

In Sikkim, 36 per cent of the eligible population have been administered the second dose, in Dadra and Nagar Haveli it is 18 per cent and in Himachal Pradesh it”s 32 per cent.

Besides, in Tripura, Ladakh, Daman and Diu, the Lakshwadeep and Mizoram, over 85 per cent of the population have been administered the first dose.

“Besides, 16 per cent of India”s adult population have been fully vaccinated which means they have received both the doses of COVID-19 vaccine while 54 per cent have been administered at least one dose,” the Union health secretary said.

NITI Aayog member (Health) Dr V K Paul urged people who have not got vaccinated yet to take the jabs.

The message of vaccination must be taken to the heartland of India, he said, adding, “No one should be left behind. Vaccine availability is increasing and we must use this opportunity to push back this pandemic.”

In view of the upcoming festivals such as Ganesh Chaturthi, Eid, Navratri, Paul urged people to celebrate at home with family and not venture out unnecessarily.

“Whatever stabilisation we are seeing can be lost and the X factor here is the behaviour of viruses. If a virus mutates then the whole system will shake as we have seen in the second surge.

“We would like to request people that during festivals they should… wear masks, maintain social distancing, not crowd, and embrace vaccination. We request people who have not got vaccinated yet to get the shots,” he said.

Paul further underlined that vaccination programmes among pregnant women must be accelerated while stating it is being seen that many people have not got vaccinated.

Vaccination is important for pregnant women and their baby otherwise, the risk of complications rises. The more pregnant women can get vaccinated the better, he stressed.

Paul also emphasised the need for taking the second dose.

“The government is making its efforts but if your second dose is due please get it because then only you are more protected and it becomes difficult for the virus to transmit through you,” he added.