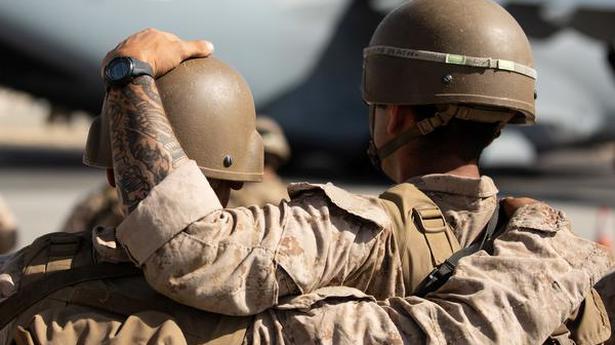 For the first time since October 2001, there are no American troops in Afghanistan

For the first time since October 2001, there are no American troops in Afghanistan. While defending his decision to pull back the forces, which led to the Taliban’s quick takeover of Kabul on August 15, U.S. President Joe Biden said on Tuesday he was left with only two options after the withdrawal agreement the Trump administration signed with the Taliban in February 2020 — either honour the deal or renege on it and send in more troops to continue the war. “I was not going to extend this forever war, and I was not extending a forever exit,” said Mr. Biden.

So the forever war has come to an end. What did the U.S. gain from it?

Mr. Biden is now trying to reinterpret America’s foreign policy from realist, national security point of view. He said on Tuesday the U.S. invaded Afghanistan not because it was ruled by the Taliban but because the September 11 attacks originated from Afghanistan. In early July, he said “America didn’t go to Afghanistan to nation-build”. America’s primary objectives in Afghanistan were to disrupt al-Qaeda and capture or kill Osama bin Laden, the mastermind of the September 11, 2001, terrorist attacks. Mr. Biden said the U.S. met those goals. He is clearly de-emphasising the Taliban’s return to power in Afghanistan. The argument is that the Taliban were not America’s main enemy and defeating them was not its primary objective.

While it’s true that America went to Afghanistan because the 9/11 attacks originated from that country, Mr. Biden’s assessment of the Taliban was not shared by his predecessors, as their actions suggest. The Taliban had offered to surrender on modest terms in December 2001, but President George W. Bush rejected the offer and his Defence Department vowed to defeat them. America did not pull back from Afghanistan after the Taliban regime fell and the insurgents retreated to the Afghan mountains and Pakistan. America did not withdraw after bin Laden was killed in 2011 either. The U.S. stayed in Afghanistan, propping up the Islamic Republic because American leaders were of the view that a return of the Taliban to power would derail the global war on terror.

While it’s still debatable whether the Taliban have changed over the past 20 years, American foreign policy thinking has clearly changed during this period. If the U.S. saw the Taliban, which hosted al-Qaeda, as part of the problem in 2001 and removing them from power as a key goal of the war on terror, in 2021, it has extricated a victorious Taliban from the war on terror. The Taliban are now a problem of the Afghans, not of Americans, according to the Biden doctrine. In the U.S.’s last days in Afghanistan, the American military coordinated with the Taliban to ensure airport security. The State Department even said the Taliban and the Haqqani Network, a designated terrorist group, “are two separate entities”.

When the U.S. invaded Afghanistan, it was touted as the first step in what Mr. Bush called a global war on terrorism. Terrorism, he said, doesn’t have borders and the war on terror would not confine to borders either. Where does that war stand now?

In 2001, al-Qaeda was largely concentrated in Afghanistan. The U.S. invasion and the fall of the Taliban led to al-Qaeda’s disintegration. The terrorist outfit was driven underground, but was not defeated or decimated. Over the years, new branches of al-Qaeda sprang up in different parts of the world. Of them, the deadliest was al-Qaeda in Iraq, which was led by Abu Musab al-Zarqawi after the U.S. invasion of Iraq in 2003. The Jordan-born terrorist was killed by a U.S. strike in 2006, but AQI transformed into the Islamic State of Iraq, which later became the dreaded Islamic State (IS) that declared a Caliphate and established a proto-state across Iraq and Syria in 2014.

The IS’s physical infrastructure was destroyed by coordinated and separate war efforts by a group of powers, including the U.S., Iran, Iraq, Kurdish and Shia militias, Syria and Russia. But the rump of the outfit continues to operate in parts of Syria and Iraq. The IS has also established provinces in other parts of the world, including the IS West Africa Province (ISWAP) and the IS Khorasan Province (ISKP) that claimed responsibility for the August 26 Kabul blasts in which over 200 people were killed, including 13 Americans. Al-Qaeda has also established a strong presence in Africa, particularly in the Sahel region, where they have carried out dozens of attacks in recent years, killing hundreds of people. So if al-Qaeda was an organised terrorist machinery concentrated in Afghanistan in 2001, it’s now a decentralised amalgam that has metastasised across the world.

The U.S. can take credit for disrupting al-Qaeda’s networks in Afghanistan, which it thinks has neutralised the terrorists’ capability to strike the American mainland, and killing bin Laden. But the question American policymakers and public faces is whether it was required to stay 20 years in Afghanistan, spend over $2 trillion and lose over 2,300 soldiers to meet these modest objectives.