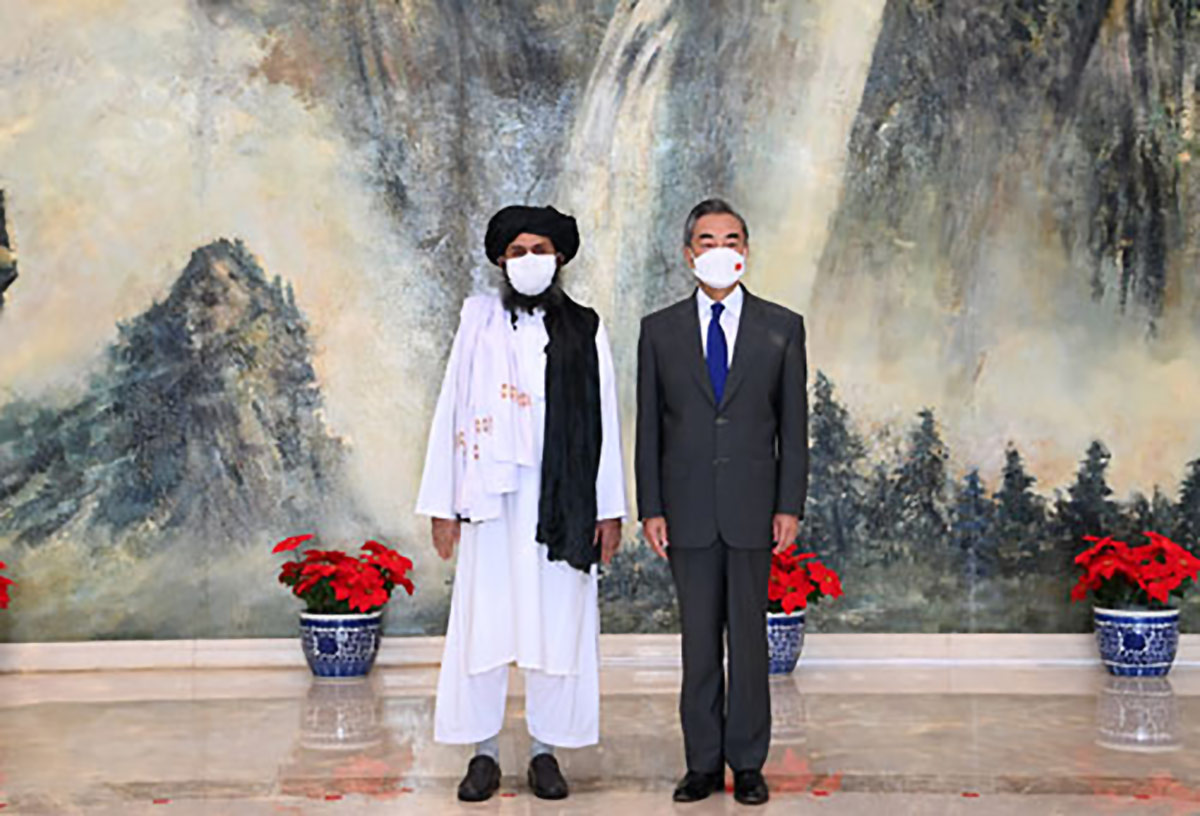 Senior Congress leader P Chidambaram on Wednesday said it is too premature to congratulate ourselves over the UN Security Council adopting a resolution on Afghanistan, and cautioned that the possible axis of China, Pakistan and Taliban-controlled Afghanistan is a cause for worry.

IMAGE: A week before the Taliban captured Kabul, Chinese Foreign Minister Wang Yi met with Mullah Abdul Ghani Baradar, co-founder of the Taliban, currently its head of its political commission and Afghanistan’s likely next president, in Beijing, July 28, 2021. Photograph: fmprc.gov.cn

His remarks came after the UN Security Council, under India’s Presidency, adopted a strong resolution demanding that the territory of Afghanistan not be used to threaten any country or shelter terrorists and that it expects the Taliban will adhere to commitments made by it on regarding the safe and orderly departure from the country of Afghans and all foreign nationals.

Reacting to the development, Chidambaram said the government is congratulating itself for the UNSC resolution adopted on Afghanistan.

“‘Resolution’ has two meanings. The first is that the issue has been ‘resolved’ or settled to India’s satisfaction. That is not what happened at the UNSC. The second meaning is that we have put our wishes on paper and got some others to sign that paper! That is what happened at UNSC yesterday,” the former Union minister said on Twitter.

It is too premature to congratulate ourselves, Chidambaram said.

The possible axis of China, Pakistan and Taliban-controlled Afghanistan is a cause for worry, he cautioned.

The Security Council on Monday adopted the resolution sponsored by France, UK and the US with 13 members voting in favour, none against and permanent, veto-wielding members Russia and China abstaining.

This was the first resolution adopted by the powerful 15-nation Council on the situation in Afghanistan following the takeover of Kabul by the Taliban and came on the penultimate day of India’s Presidency of the Security Council for the month of August.