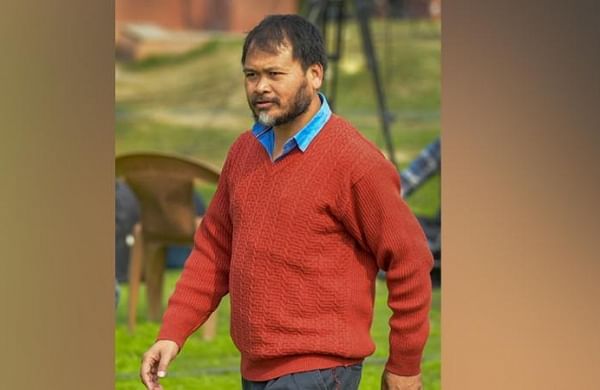 GUWAHATI: Hitting out at the Himanta Biswa Sarma government in Assam, Independent MLA Akhil Gogoi on Friday claimed that “political anarchism” is on the rise in the state, with the word of the chief minister having become the only law.

Addressing a press meet, he expressed dismay over the increasing number of police encounters since May, and said that the Constitution is no longer abided by in the northeastern state.

“If the chief minister dreams of something, the next day a Cabinet meeting is called and all that he dreamt of becomes the law without any discussion or procedure.

Whatever the chief minister says becomes the law here.

“Such a situation has never been encountered in the political history of Assam since Independence. 1 There is total political anarchism in the state. I have read that 56 encounters have taken place since the Sarma-led government assumed charge,” the Raijor Dal chief alleged.

Gogoi also stressed on the need for unity among Opposition parties to defeat the BJP in the state, and said the ball lay in the court of the Congress as it would have to decide if it wanted to forge an alliance with the Raijor Dal for by-polls in the state.

“We have made our intentions clear. It is now on the Congress, the main opposition party in the state, to demonstrate whether they want to establish true democratic politics once again and defeat the traitors.

“If the Congress fails to put up common candidates with us in Thowra, Mariani and Gossaigaon, we will understand that it is actually an arm of the BJP,” he stated.

Congress MLAs of Thowra and Mariani left the party to join the BJP, shortly after the new government under Sarma took charge.

By-elections are also due in Gossaigaon and Tamulpur, where incumbent legislators have died.

The Majuli constituency is likely to fall vacant with the induction of sitting MLA Sarbananda Sonowal in the Union Cabinet, though the former CM is yet to put in his papers.

The Independent legislator further referred to a recent letter by Sarma to the prime minister, reportedly urging for merger of Assam assets of ONGC with Oil India Ltd (OIL), and questioned how people could silently sit and watch when a major branch of the ONGC is set to lose its identity, thereby depriving local families of their only means of livelihood.

“In my constituency Sivasagar and its neighbouring areas, almost every family has its main income sourced from the ONGC, be it in the form of a job or indirect employment. We cannot allow the government to put their future at stake. Our party will hold an agitation against it,” he maintained.

Gogoi, during the press meet, also slammed the Centre for “pushing the country into an economic crisis”, with every sector bearing the brunt of its decisions.

“Three curses of the Modi government have taken our country into its current state of economic distress  demonetisation, introduction of GST and unplanned lockdown.

“The central government has gone bankrupt but it is ashamed to admit it. Hence, it is selling the public property acquired over the years,” the Raijor Dal chief said.

He insisted that the “solution lies in ousting the NDA government” in the 2024 Lok Sabha elections.

“The Raijor Dal has initiated talks with regional parties across the country. We will have to work together to throw this government out of power,” he contended.

Gogoi’s party, which is yet to get registered by the Election Commission, has held several rounds of talks with the Mamata Banerjee-led Trinamool Congress, according to sources.

The MLA further alleged that the country’s media has been “neutralised” by the Narendra Modi government.

He sought to know why the media was “maintaining silence” over the drop in the prime minister’s popularity ratings in a survey conducted by an US firm.

“One of the specialties of this Modi government is the way it has neutralised the media in the country.

Narendra Modi’s popularity rating has decreased by 16 points, but the media is not talking about it,” he stated.

According to a survey by an American data firm, Modi’s approval ratings have recently dipped to 66 per cent from the previous 82 per cent in August 2019.