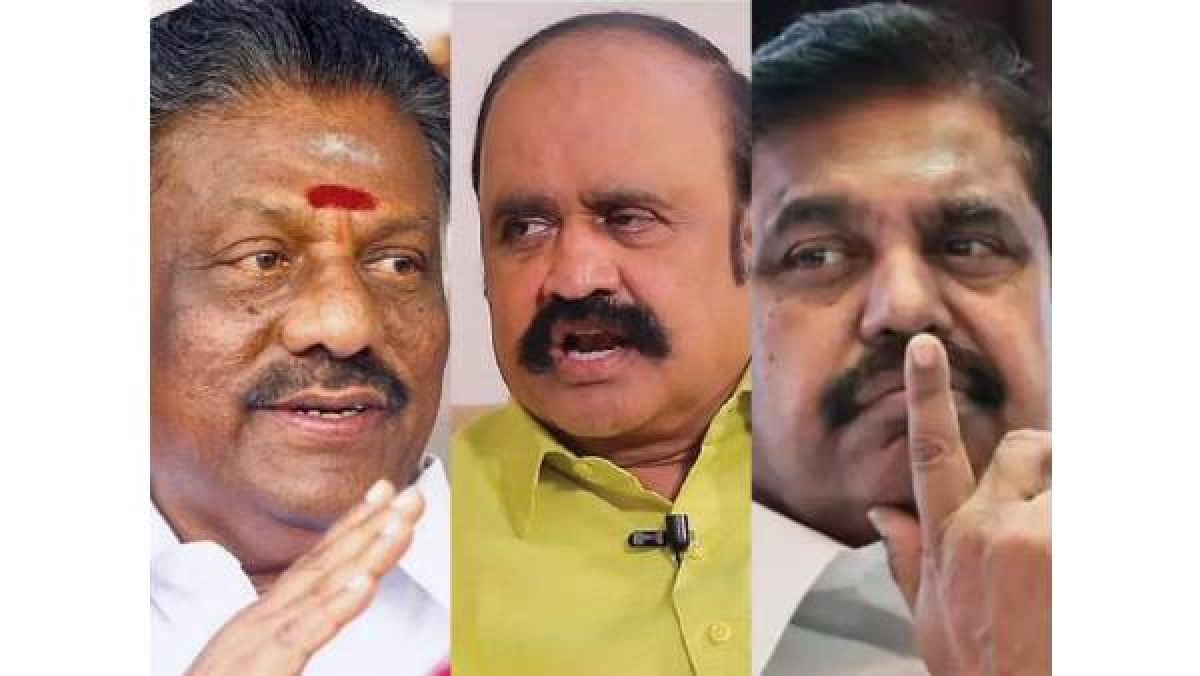 Chennai, Aug 27: The Madras High Court on Friday issued a notice to expelled AIADMK spokesperson V. Pugazhendhi, in connection with a defamation case filed against top party leaders O Panneerselvam and Edappadi K Palaniswami. The high court will take up the matter on September 14.

The AIADMK leaders contended that based on the numerous complaints received from executives, Pugazhendhi has been removed from the party as per rules.

They said it would not be a defamation to publish a statement informing the party and the public about the removal of a member from the party, and that it was wrong for the special court judge to take the complaint into consideration and summon them without considering it.

In his complaint, Pugazhendhi sought the court to punish the duo under Defamation Act for offences under Sections 499 and 500 of the IPC for expelling him from AIADMK’s primary membership and accusing him of having indulged in anti-party activities and violated its rules.

According to Pugazhendhi, he was appointed as the secretary of the Karnataka unit of the AIADMK by the then party leader, the late J Jayalalithaa in recognition of his services to the organisation. After Jayalalitha’s death, Pugazhendhi switched over to the AMMK led by T T V Dhinakaran.

Later, he was re-admitted in the AIADMK in December 2020 and nominated as the party spokesman in April this year.

However, in June, Palaniswami and Panneerselvam announced that Pugazhendhi had been expelled from the post of official spokesperson of the party in view of his anti-party activities.

Pugazhendhi has contended that the reasons alleged in the expulsion order were far from truth. The reasons were ‘vague’ and ‘baseless.