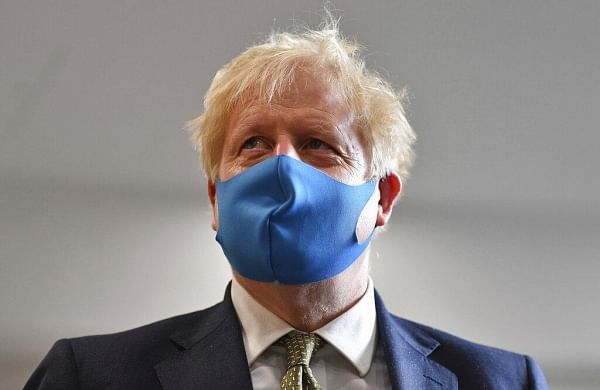 Johnson also reiterated that the UK government will do “everything we can” to get those remaining out of the country soon after warnings were issued of an “imminent” and “very lethal” terrorist attack from an Islamic State (ISIS) Afghanistan affiliate dubbed Islamic State Khorasan or ISIS-K.

Speaking to reporters during a visit to British military’s Permanent Joint Headquarters in north London to meet troops involved in evacuation efforts in Afghanistan, Johnson said, “around 15,000” people have already been evacuated by British troops.

“We’ve got the overwhelming majority of those to whom we owe that debt out of Afghanistan,” said Johnson.

“In the time we have left, which may be — as I’m sure everybody can appreciate — quite short, we’ll do everything we can to get everybody else,” he said.

“We are coming now to the end of this phase in any event,” he said, in reference to the airlift operations.

The US has set a deadline of August 31 for the withdrawal of its troops, with President Joe Biden rejecting calls from Johnson and other allies for an extension.

Johnson insisted the US deadline would not mark the end of the UK’s efforts to help people wanting to flee the Taliban-controlled country, adding that the current airlifts were just the “first phase”.

“Even beyond the US deadline of the 31st of this month, we hope to be able to continue to say to people, well you can come out,” he said.

Amid concerns the Taliban could block off exit routes for citizens, the British Prime Minister warned the group they must allow people to leave Afghanistan to benefit from engagement from the rest of the world.

“What we’re hoping, and this is the key point that the G7 agreed, is that the Taliban understand that if they want to engage with development aid, they want to unlock those billions of funds, they want to have a diplomatic, political relationship with the outside world, then the safe passage for those who want to come out is the key precondition,” Johnson said.

Johnson also said his government had to be “transparent about the risks” posed by ISIS-K.

His comments come following a stark warning by British Armed Forces Minister James Heappey that the UK had “very, very credible” intelligence that Islamic State militants are planning an ‘imminent’ attack on those gathering at Kabul airport in an attempt to flee Afghanistan.

Overnight on Wednesday, the Foreign, Commonwealth and Development Office (FCDO) said that the situation in the region remains ‘volatile’, with the advice being for British citizens and other evacuees to find a safe location and await further advice.

“The security situation in Afghanistan remains volatile. There is an ongoing and high threat of terrorist attack,’ the FCDO updated travel advisory reads.

“Do not travel to Kabul Hamid Karzai International Airport.

If you are in the area of the airport, move away to a safe location and await further advice, it says.

The threat has strained the airlift operation to get as many people out of Afghanistan as soon as possible following its takeover by the Taliban.