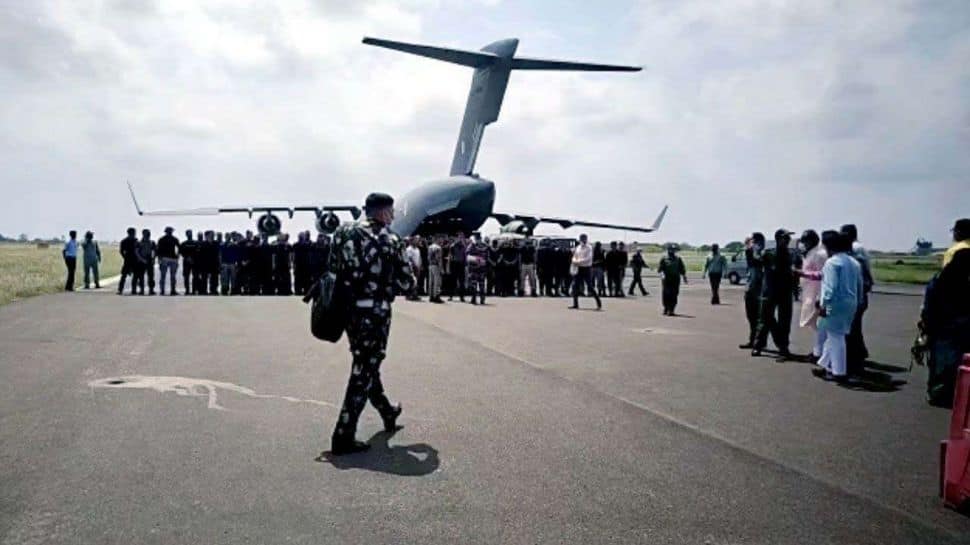 New Delhi: As numerous world leaders call for an extension of the US troops withdrawal deadline and the reports of Biden administration mulling over it, the Taliban has issued a stark warning against the move.

In an interview with Sky News in Doha, the Taliban spokesperson said that if the US or the UK seek any additional time to continue evacuations of the people, the answer is no. He also went on and said that there would be consequences.

Taliban spokesperson Dr Suhail Shaheen said, “It’s a red line. President Biden announced that on August 31, they would withdraw all their military forces. So, if they extend it that means they are extending occupation while there is no need for that.”

“If the US or UK were to seek additional time to continue evacuations – the answer is no. Or there would be consequences. It will create mistrust between us. If they are intent on continuing the occupation it will provoke a reaction,” the Taliban spokesperson added.

The statement comes hours after reports suggesting that United Kingdom Prime Minister Boris Johnson is about to ask United States President Joe Biden to extend the deadline for withdrawal of US troops to allow more people to flee the Taliban rule.

Meanwhile, amid the chaotic evacuation operations, a firefight at one of the gates of Kabul’s international airport killed at least one Afghan soldier early Monday, German officials said, the latest chaos to engulf Western efforts to evacuate those fleeing the Taliban takeover of the country.

The shooting at the airport came as the Taliban sent fighters north of the capital to eliminate pockets of armed resistance to their lightning takeover earlier this month. The Taliban said they retook three districts seized by opponents the day before and had surrounded Panjshir, the last province that remains out of their control.