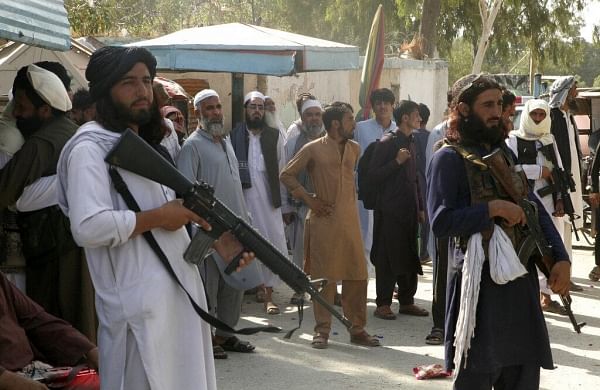 ISLAMABAD: Pakistan’s interior minister says the Taliban have assured his country they will not allow the outlawed Pakistani Taliban — a separate militant group from the one in Afghanistan — to use Afghan soil for attacks against Pakistan.

Sheikh Rashid Ahmed said on Monday, August 23, 2021, that his ministry has information that amid the Taliban sweep across Afghanistan, some of the leaders and members of the Pakistani Taliban, or Tehreek-e-Taliban Pakistan, were freed from Afghan prisons.

Ahmed said Islamabad was in contact with the Taliban over the matter.

The Pakistani Taliban have claimed responsibility for several past attacks, including the 2014 deadly attack on a Peshawar school that killed 154 people, mostly schoolchildren.

Islamabad alleges the Pakistani Taliban have been hiding in Afghanistan for the past several years, after fleeing military operations launched against them inside Pakistan.

Ahmed also said that since last week, Pakistan has helped more than 2,000 foreigners and Pakistanis leave Afghanistan by air and land routes. Pakistan is issuing visas upon arrival to all diplomats, foreigners and journalists seeking to leave Kabul over security concerns.