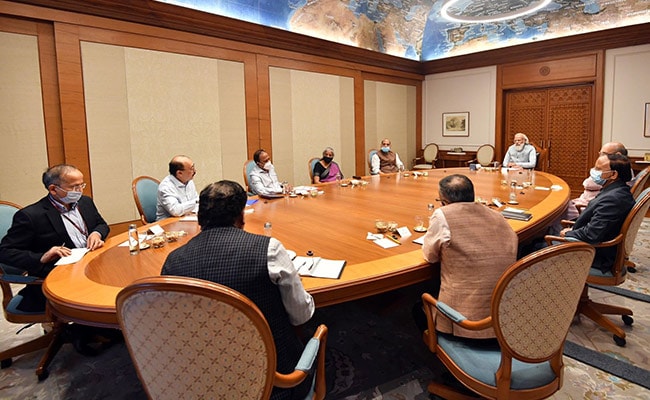 Afghan Crisis: More than 1,650 people have applied for their return to India, ANI reported.

India has evacuated its staffers from the embassy in Kabul, which fell to Taliban on Sunday. The embassy personnel, including the Indo-Tibetan Border Police on security duty, have been flown back on two Air Force planes — the second one took off this morning, sources have said.

The Prime Minister has been constantly in touch with officials regarding the situation, sources said. He was taking stock of situation till late in the evening yesterday and was updated when the flight took off.
He instructed that adequate arrangements be made to ensure providing food for all those who returned at Jamnagar.

The first transport aircraft left Kabul yesterday under challenging circumstances and amid chaos at the airport, where thousands of Afghans desperate to fly out of the country. The rest of the diplomatic and security contingent were unable to leave due to the curfew declared by Taliban.

More than 120 people, including Ambassador Rudrendra Tandon, left this morning — their departure suspected to have been helped by an overnight conversation between the US Secretary of State Antony Blinken and Foreign Minister S Jaishankar.

“Movement of the Indian Ambassador and the Embassy staff from Kabul to India was a difficult and complicated exercise. Thank all those whose cooperation and facilitation made it possible,” Mr Jaishankar later tweeted.

Movement of the Indian Ambassador and the Embassy staff from Kabul to India was a difficult and complicated exercise. Thank all those whose cooperation and facilitation made it possible.

For India, the big challenge is seen to be the repatriation of Afghan nationals who have been of help during the occupation. The government has said that it would “stand by” the Afghans “who have been our partners in the promotion of our mutual developmental, educational and people to people endeavours”. It has also said Hindus and Sikhs from Afghanistan will be given priority for repatriation.

News agency ANI reported that more than 1,650 people have applied to return to India.

The Embassy is currently been run by the local staff, who are providing consular services, reported news agency ANI quoting sources.