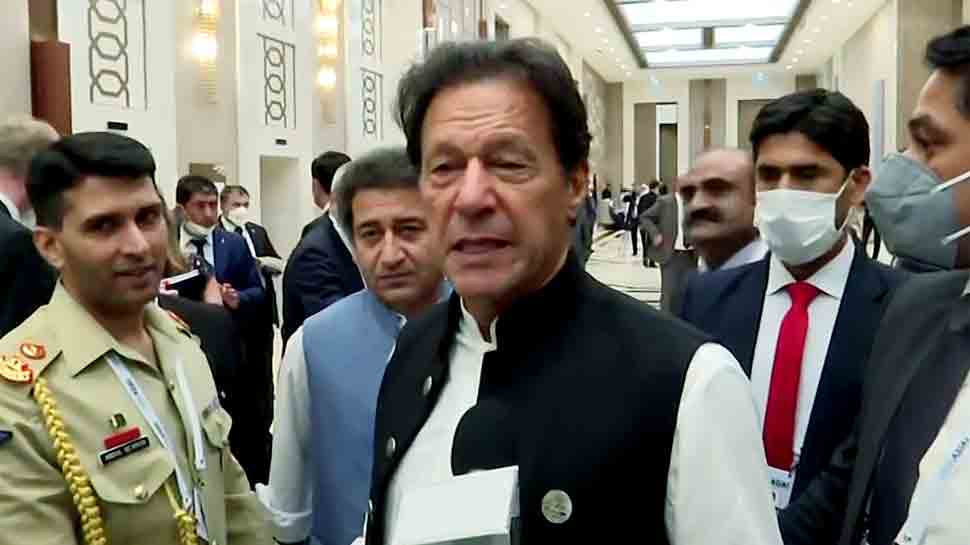 New Delhi: Pakistan Prime Minister Imran Khan on Monday (August 16) seemed to endorse the Taliban taking over Kabul by saying that Afghanistan has broken the shackles of slavery in the neighbouring war-torn country. The longstanding war in Afghanistan reached a watershed moment on Sunday when the Taliban insurgents closed in on Kabul before entering the city and took over the presidential palace, forcing embattled President Ashraf Ghani to join fellow citizens and foreigners to flee the country.

Khan made these remarks while addressing a ceremony to launch the first phase of the Single National Curriculum (SNC) from Grade 1 to 5, which was part of the manifesto of his ruling Pakistan Tehreek-e-Insaf party. The premier spoke how the parallel education system led to the existence of “English medium” schools, resulting in the adoption of “someone else’s culture” in Pakistan.

“When you adopt someone’s culture you believe it to be superior and you end up becoming a slave to it,” he said, adding that it creates a system of mental salves that is worse than the actual slavery. In the same breath, he indirectly likened the ongoing upheaval in Afghanistan with the people of the country breaking the “shackles of slavery”.

Khan said becoming a mental slave was worse than being an actual slave, adding that subjugated minds can never make big decisions. Pakistan is accused of facilitating the Taliban rebellion which ultimately resulted in the capturing of the country after being ousted about 20 years ago.

Officially Pakistan has maintained that it wanted a broad-based inclusive government in Afghanistan and was also hosting the Afghan leaders to create consensus for a peaceful transformation. Meanwhile, Khan launched the SNC despite criticism because it put emphasis on religious teaching instead of modern national sciences. All provinces agreed to introduce it except the Sindh province. Khan rejected all criticism and announced that the plan to introduce the education system from Grade 1-12 in the coming years would go ahead.