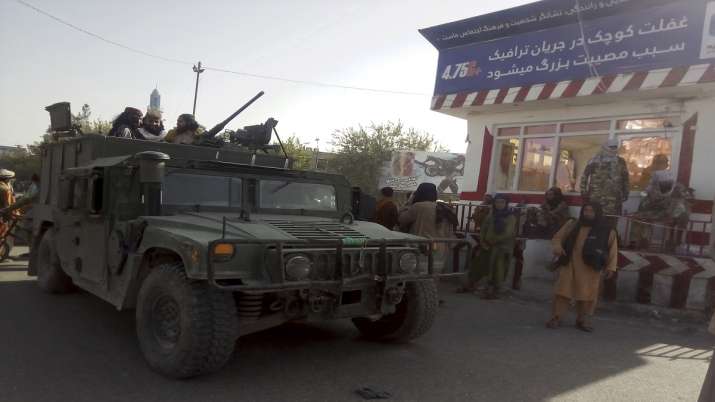 The Taliban have captured the key Afghan city of Pul-e-Khumri, 140 miles north of the capital Kabul, giving the insurgents control of a strategic road junction linking Kabul to the north and west, according to insurgents and local officials, the Guardian reported.

Two officials in the city told the Guardian it fell to Taliban after heavy fighting on Tuesday, with officials and security forces abandoning their compounds.

“Pul-e-Khumri fell to the Taliban, they are everywhere,” one official said in a phone interview during which the sound of heavy gunfire could be heard.

“Taliban fighters broke through the frontlines in several directions during the afternoon. After heavy clashes, officials and security forces abandoned the governorate, intelligence, and police headquarters. Heavy clashes are ongoing. We are deciding where to retreat now.”

A Taliban spokesperson on Twitter also claimed the capture of the city, the capital of Baghlan province. Images on social media showed the Taliban’s flag at city gates and insurgent fighters inside the city.

If confirmed, Pul-e-Khumri would be the eighth out of 34 provincial capitals captured by the hardline Islamist movement in less than a week, the report said.

The city’s fall to the Taliban would be a massive blow to the Afghan government, threatening the remaining cities in the north of Afghanistan not already under insurgent control including Mazar-i-Sharif and Faizabad.

Earlier on Tuesday, a senior EU official warned that the Taliban’s strategy in northern Afghanistan appeared to be to cut off the capital, Kabul, from forces to the north that could support it.

On Tuesday, US President Joe Biden said he does not regret his decision to withdraw from Afghanistan, noting that Washington has spent more than $1 trillion over 20 years and lost thousands of troops.

“Afghan leaders have to come together,” Biden told reporters at the White House, saying the Afghan troops outnumber the Taliban and must want to fight. “They’ve got to fight for themselves, fight for their nation.”

He said the US continues to provide significant air support, food, equipment, and salaries to Afghan forces.

During the past two months the Taliban has rapidly expanded the territory it controls to about 65 percent of the country, including a large proportion of rural areas. A third of the country’s provincial capitals are under threat.

The Taliban military chief released an audio message to his fighters on Tuesday ordering them not to harm Afghan forces and government officials in territories they conquered.

In the nearly five-minute audio, Mohammad Yaqoob, the son of the late Taliban leader Mullah Mohammad Omar, also told the insurgents to stay out of abandoned homes of government and security officials who had fled, to leave marketplaces open and to protect places of business, including banks.

It was not immediately clear if Taliban fighters on the ground would heed Yaqoob’s instructions. There have been reports by civilians who have fled Taliban advances of heavy-handed treatment by the insurgents — of schools being burned down and of repressive restrictions on women, the report said.