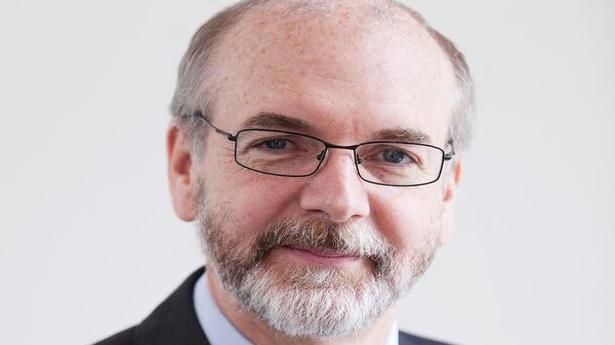 Professor Andrew Pollard also said there was no cause for “panic” as he expressed his doubts over the U.K. government’s proposed third booster dose of vaccines.

The highly transmissible Delta variant of COVID-19 has rendered the prospect of herd immunity, where the majority of a country’s population becomes immune to a virus, difficult, the head of the U.K.’s Oxford Vaccine Group has warned.

Professor Andrew Pollard, who led the team behind the Oxford University’s COVID-19 vaccine, told the All-Party Parliamentary Group (APPG) on Coronavirus on Tuesday that the fear of another even more transmissible variant remains a possibility and therefore there is nothing that can completely stop the deadly virus from spreading. However, he also said there was no cause for “panic” as he expressed his doubts over the U.K. government’s proposed third booster dose of vaccines.

“The problem with this virus is [it is] not measles. If 95% of people were vaccinated against measles, the virus cannot transmit in the population,” Prof. Pollard explained during the online evidence session.

“The Delta variant will still infect people who have been vaccinated. And that does mean that anyone who’s still unvaccinated at some point will meet the virus. We don’t have anything that will stop transmission, so I think we are in a situation where herd immunity is not a possibility and I suspect the virus will throw up a new variant that is even better at infecting vaccinated individuals,” he said.

This was echoed by Paul Hunter, professor in medicine at the University of East Anglia and an expert in infectious diseases, who also highlighted that the current vaccines being administered are very effective at preventing severe COVID-19 and death but they cannot prevent infections entirely.

“The concept of herd immunity is unachievable because we know the infection will spread in unvaccinated populations and the latest data is suggesting that two doses is probably only 50% protective against infection,” said Hunter.

Meanwhile, the experts also weighed in on U.K. Health Secretary Sajid Javid’s plans to start offering the most at-risk groups a third booster shot of a COVID-19 vaccine along with a flu vaccine from next month.

“The time we would need to boost is if we see evidence that there was an increase in hospitalisation – or the next stage after that, which would be people dying – amongst those who are vaccinated. And that is not something we are seeing at the moment,” said Prof. Pollard.

“Even as the levels of immunity start to drop, our immune system still remembers that we were vaccinated and we’ll be remembered decades from now that we have those two doses of vaccine. So there isn’t any reason at this moment to panic,” he said, adding that doses needed to “go where they can have the greatest impact” in unvaccinated parts of the world.

On Tuesday, the U.K. recorded its highest daily death toll from coronavirus since March, with 146 new deaths, but the number of new cases fell to 23,510 from 25,161 on Monday.