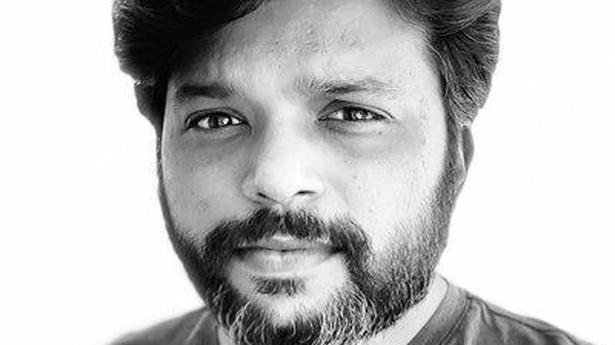 The Pulitzer Prize-winning journalist was covering the situation in Kandahar over the last few days.

Noted Indian photojournalist Danish Siddiqui was killed during a Thursday night clash between the Afghan special forces and Taliban attackers. Tolo News, a leading news channel of Kabul, reported that Mr. Siddiqui, working for Reuters news agency, was covering the clashes between the two sides in Kandahar over the last few days and he died in Spin Boldak district, which has a contentious international border crossing between Pakistan and Afghanistan.

Afghan President Ashraf Ghani, in a condolence message, expressed solidarity with the media, saying his government was committed to upholding freedom of expression. “I am deeply saddened with the shocking reports that Reuters Photojournalist Danish Siddiqui was killed while covering the Taliban atrocities in Kandahar,” he said. Reuters has reported that Mr. Siddiqui was in the main market of Spin Boldak when he was caught in a crossfire. The Ministry of External Affairs has said that, Rudrendra Tandon, Indian ambassador in Kabul is in contact with the Afghan authorities. “We are keeping his family informed of the developments,” said spokesperson Arindam Bagchi.

The Ministry of External Affairs has said that Rudrendra Tandon, Indian Ambassador in Kabul, was in contact with the Afghan authorities. “We are keeping his family informed of the developments,” said its official spokesperson Arindam Bagchi.

The Humvee in which I was travelling with other special forces was also targeted by at least 3 RPG rounds and other weapons. I was lucky to be safe and capture the visual of one of the rockets hitting the armour plate overhead. pic.twitter.com/wipJmmtupp

Tolo News has reported that a senior commander of the Afghan special forces, Sediq Karzai, too was killed in the incident.

Reuters President Michael Friedenberg and Editor-in-Chief Alessandra Galloni said in a statement, “We are urgently seeking more information, working with authorities in the region.” The news agency has reported that Mr .Siddiqui was injured by a shrapnel earlier and was recovering.

In a statement, Ambassador of Afghanistan to India Farid Mamundzay conveyed his condolences to the Siddiqui family and Reuters. “Deeply disturbed by the sad news of the killing of a friend, Danish Siddiqui in Kandahar last night. The Indian journalist and winner of Pulitzer Prize was embedded with Afghan security forces. I met him 2 weeks ago before his departure to Kabul,” he stated.

Mr. Siddiqui was travelling in an armoured Humvee with Afghan soldiers and he had shared videos over the past few days that showed the vehicle coming under attack on several occasions. In his last report filed on July 13 from Kandahar under highly difficult circumstances, Mr. Siddiqui had recorded the experience of Afghan commandos who conducted a raid to save a kidnapped policeman.

Scenes from inside and outside a COVID-19 hospital, amidst the spread of the coronavirus disease in New Delhi, India April 15, 2021.
India recorded more than 200,000 positive cases and 1,000+ deaths today. @Reuters pic.twitter.com/yChcBgxwM3

The border crossing in Spin Boldak had hit the headlines after the Taliban reportedly occupied it temporarily. In response, Afghan forces launched attacks which soon escalated into a war of words between Afghanistan and Pakistan. Reporters of news channel France24 said the injured Taliban fighters were being treated in Pakistani hospitals.

Mr. Siddiqui was known for his compassionate photographic coverage of current developments in South Asia. In recent years, his photographs of the Rohingya refugees who were displaced by the Myanmar military from the Rakhine province, drew global attention to the plight of the displaced community that is currently living in camps in Bangladesh. The photographs of the Rohinyga refugees was recognised with a Pulitzer Prize.

Earlier this year, he used innovative methods like drones to capture the scale of the second wave of COVID-19 in India. His photographs that showed funeral pyres burning in open spaces drew global attention to the tragedy that India faced during March-May 2021.

In a message of condolence, Information and Broadcasting Minister Anurag Thakur shared an image captured by Mr. Siddiqui during his assignment covering the Rohingya tragedy.

“Danish Siddiqui leaves behind an extraordinary body of work. He won the Pulitzer Prize for Photography and was embedded with the Afghan Forces in Kandahar. Sharing one of his pictures below. Sincere condolences,” said Mr. Thakur.