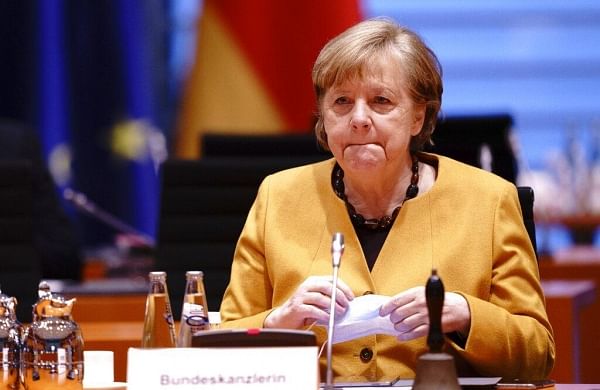 BERLIN: Chancellor Angela Merkel on Tuesday urged Germans to get vaccinated against COVID-19, saying the more people get the shot “the more free we will be again”.

Vaccination rates in Germany have slowed in recent weeks.

About 58.7% of the population has received at least one shot and 43% are fully vaccinated, according to official figures.

But Germany’s disease control agency said last week that the country should aim to vaccinate 85% of people ages 12-59 and 90% of people over 60 to prevent the delta variant from causing a resurgence of coronavirus cases this fall and winter.

Merkel, who has received both shots, called on people to get vaccinated to protect themselves and others from serious illness as a result of a coronavirus infection.

She linked higher immunisation rates with the further easing of pandemic restrictions.

“The more people are vaccinated, the more free we will be again, the more freely we will be able to live again,” she told reporters during a visit to the Robert Koch Institute, the government run disease control agency.

Germany has relaxed many restrictions on social gatherings in recent months, but people are still required to show negative test results or vaccine certificates to dine indoors and attend indoor events where capacity is limited.

Masks are still required in stores.

Asked whether Germany might introduce compulsory vaccinations for certain professions, as France is doing for health workers, Merkel suggested that it wouldn’t be effective but didn’t rule out the possibility.

“I’m not ruling out that this might be talked about differently in a few months either,” she said.

“But at the moment we have said we don’t want compulsory vaccinations, we want to promote vaccinations.”

Lother Wieler, the head of the Robert Koch Institute, said studies show more than 90% of people in Germany are willing to get vaccinated.

Authorities are increasingly trying to offer shots in churches, mosques, supermarket parking lots and sports facilities to reach people who have so far hesitated to go to doctors’ offices or special vaccine centres.