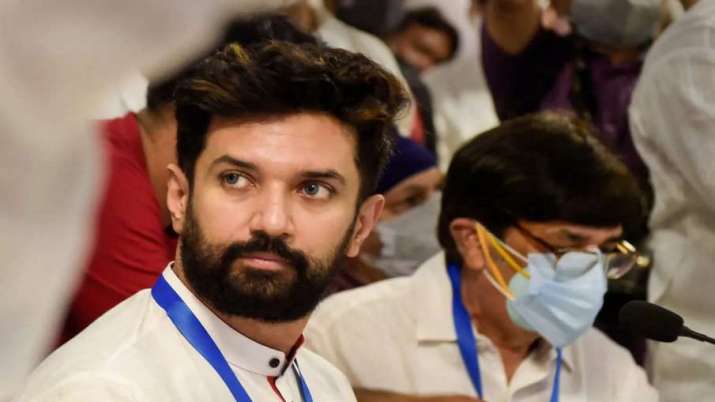 The Delhi High Court on Friday dismissed a plea by leader of one of the factions of Lok Janshakti Party (LJP) Chirag Pawan challenging the Lok Sabha Speaker Om Birla’s decision to recognise his uncle Pashupati Kumar Paras as the leader of the party in the House, saying it was without merits.

“It is well settled that the right to regulate internal disputes of the House is the prerogative of the Speaker,” the high court said.

“I find absolutely no merit in the petition. The petition is dismissed,” Justice Rekha Palli said.

ALSO READ: ‘Just to insult me…’: Chirag Paswan on Nitish agreeing to make way for Paras into Modi Cabinet

The high court, which was inclined to impose cost on Chirag, did not do so after a request was made by his counsel.

The petition sought setting aside speaker’s June 14 circular showing the name of Paras as leader of Jan Lokshakti Party in the Lok Sabha.

Paras, who was administered the oath of office as Union cabinet minister on July 7, has spent the larger part of his career under the shadow of his late brother Ram Vilas Paswan.

During the hearing, advocate Arvind Bajpai, representing Chirag, said among the six party MPs, five wrote to the Speaker to recognise Paras as leader of the party in the House and directions were passed in this regard.

Thereafter, the party chose to remove those five MPs and also approached the Speaker to take action and declare Chirag as the leader of the party in the House, he said.

However, the speaker has not corrected the alleged mistake of recognizing Paras as the leader of the party in the House, the counsel argued.

Solicitor General Tushar Mehta, representing the Centre, and senior advocate Raj Shekhar for the speaker’s office vehemently opposed the petition saying Chirag was attempting to get the inter-party dispute resolved in the court.

They said five out of six members of the party had approached the Speaker with the fact that Paras was the whip holder of the party and that the action of the Speaker cannot be faulted with.

The apex court said it was inclined to agree with the submissions of the counsel for the Centre and the Speaker’s office.

The judge said, “Now it is very clear. If you want to press, it is your wish. I am clear that this is inter-party dispute. You can exercise your remedies. You take your call, I will then pass an order by making some observations. ”

Chirag’s counsel submitted he was not here to settle the inter-party dispute and the chief whip cannot claim that he should be declared as leader of the party in the House.

The high court, however, made it clear that it was not going to entertain the petition and said “should the court interfere in all this.”

Chirag had filed the plea on July 7 and also tweeted in Hindi saying that he has filed a petition in the Delhi high Court against the Lok Sabha Speaker’s initial decision recognising party’s expelled Member of Parliament Pashupati Paras Jee as the leader of the party in the House.

The plea said the review of the decision is pending with the Speaker and despite reminders no action has been taken after which they have approached the high court.

It sought direction to that a corrigendum be issued by showing the name of Chirag Paswan as leader of the party in the House.

“Change of leader in Lok Sabha is prerogative of particular party and in the present case, Article 26 of the Constitution of the petitioner no. 2 (party) provide that central parliamentary board will decide who would be leader, chief whip, etc. in the house or in assembly,” the plea said.

It added, “the entire action of respondent no. 1 is contrary to rules of lok Sabha, procedure, practice, provision of constitution of petitioner no. 2, and oppose to principle of natural justice.

Paras, who previously headed Lok Janshakti Party’s Bihar unit and is currently the national president of its breakaway faction, began his innings in 1978 as a Janata Party MLA from Alauli in his native Khagaria district, a seat formerly represented by the late Ram Vilas Paswan.

A cornered Chirag, who has challenged his uncle’s political coup before the Election Commission, seemed to have sensed the writing on the wall when at a press conference in Patna on Tuesday he declared he had written to Prime Minister Narendra Modi requesting him not to induct Paras on the LJP quota.