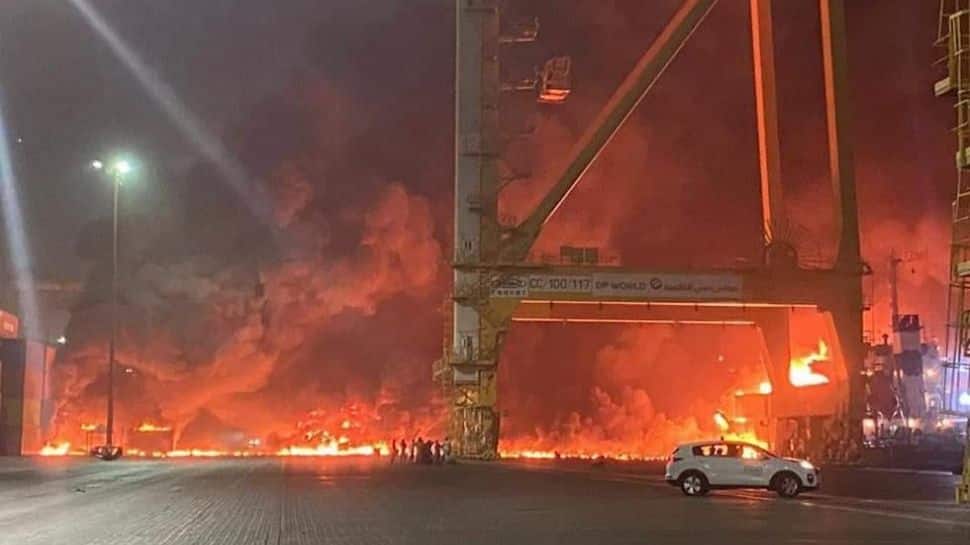 Dubai: A huge explosion has rocked Dubai’s Jebel Ali Port just before midnight on Wednesday (July 7, 2021), resulting in a large cloud of flame and causing a shock wave that rattled windows of buildings several kilometres away.

According to initial reports, there was, however, no loss of lives. The explosion took place on a small ship at Jebel Ali Port.

Director-General of Dubai Civil Defense, Major General Rashid Thani Al Matrooshi told Dubai Media Office that the fire was brought fully under control some two and a half hours after the incident and the cooling process had started.

An official told a local TV channel that the crew had managed to evacuate in time before the fire caused one of the containers to explode. The nature of the material in the container is not known at the moment.

“My TV room faces towards the port. The sound was very loud and it caused our windows to rumble,” said the 49-year-old from Mumbai.

Another Indian ex-pat, Madhuri Bhandari, said she could hear the blast nearly 35 km away inside Dubai Mall, despite a fairly crowded environment in the mall.

Jebel Ali is one of the biggest ports in the world on the northern end of the city.