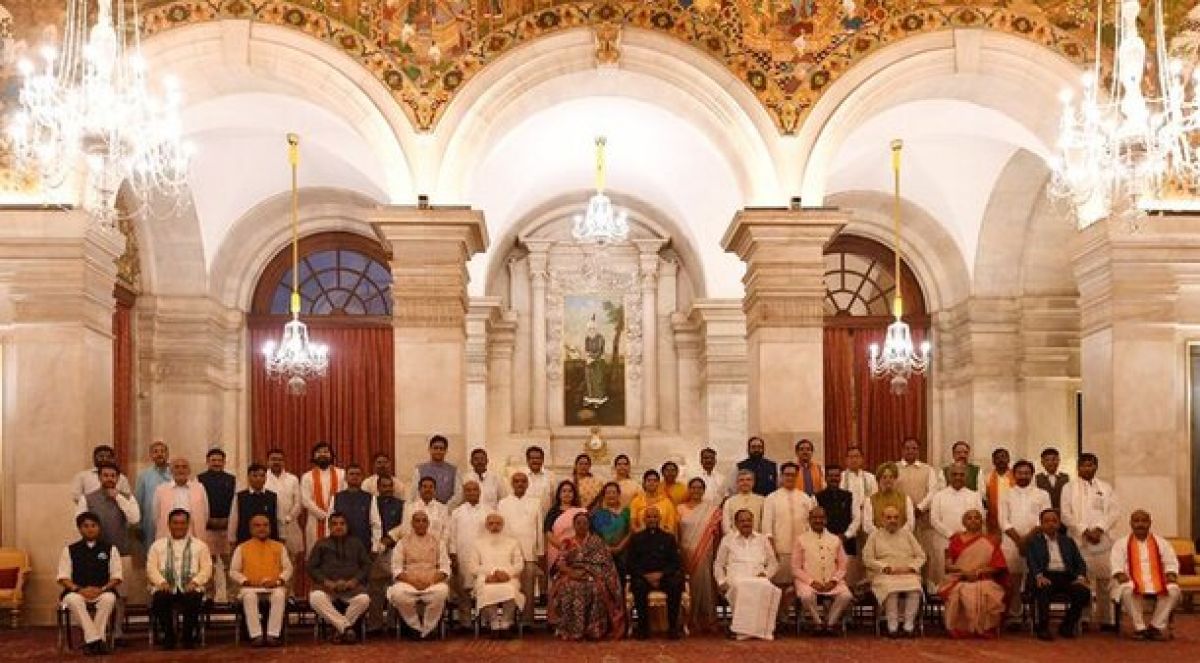 As many as 15 Cabinet ministers, including some new faces, were sworn-in at the swearing in ceremony held in the Darbar Hall of the Rashtrapati Bhawan. While 13 members took oath in Hindi, two took in English.

This is the first reshuffle in the Council of Ministers by Prime Minister Modi since he assumed charge for a second term in May 2019.

Rane, 69, a Rajya Sabha MP and a former Maharashtra chief minister, was the first to take oath.

Bhupendra Yadav, who has been serving in the BJP organisation as a general secretary, was also sworn-in as a Cabinet minister.

As many as 28 Ministers of State took oath including seven from Uttar Pradesh which goes to polls next year with the BJP seeking a second term there.

At least 16 entrants to the Council of Ministers are first time MPs.

Earlier, four senior Union ministers — Prasad, Javadekar, Vardhan and Education minister Ramesh Pokhriyal “Nishank” — were among 12 ministers who resigned on Wednesday ahead of the cabinet reshuffle.

Social Justice and Empowerment Minister Thaawarchand Gehlot had resigned after he was made Governor of Karnataka on Tuesday.

Prasad and Javadekar, who had been the face of Cabinet briefings announcing key Cabinet decisions on several occasions in the past few years, were present at the swearing-in ceremony here after resigning as ministers. Vardhan was also present at the ceremony.

With this reset, Modi has brought in young faces and has also given representation to various social groups and regions in the reshuffle.