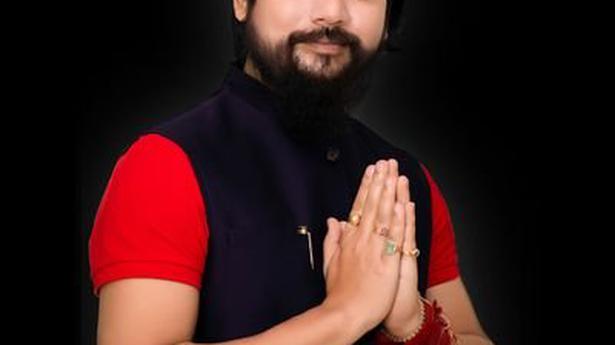 It inducted four of its MPs in Union Council of Ministers on Wednesday.

The BJP has tried to cater to different regions and ethnicities of West Bengal while inducting four of its MPs in the Union Council of Ministers on Wednesday. This is the highest-ever representation from the State in any government of the BJP.

The four MPs who were sworn in as Union Ministers are: two from south Bengal – Santanu Thakur and Subhas Sarkar, and two from north Bengal, John Barla and Nisith Pramanik.

While Mr. Thakur, MP from Bongaon, is a leader of the Matua sect (Hindu refugees from Bangladesh settled along the bordering regions of the State), Mr. Barla, MP from Alipurduar, is a tribal leader with considerable influence over the tea gardens. A few days ago, he had highlightedg the south Bengal-north Bengal divide by raising the demand of a separate State or Union Territory for north Bengal.

Mr. Pramanik, young MP from Cooch Behar, represents the Rajbanshi community, while Mr. Sarkar, MP from Bankura and a trained medical practitioner, represents the tribal dominated Jangalmahal region in the southwestern part of the State.

It is interesting to note those inducted in the Union Cabinet from the State are MPs who have been elected for the first time in 2019. The BJP had done combatively well in the regions represented by these MPs in the recent Assembly polls. It won most of the Assembly seats in Cooch Behar and Alipurduar district. Compared to other regions of south Bengal, it won more seats in the Matua dominated area of Bongaon subdivision and the Jangalmahal region. The regions represented by the four MPs are economically deprived areas.

Sources in the West Bengal BJP said the MPs have been given a chance where the party thinks its support base had remained intact and there was a likelihood of retaining the seats in 2024.

“It’s a part of the future planning of the BJP, where MPs representing different regions and ethnicities have been inducted in the Union Council of Ministers ,” political observer Biswanath Chakraborty said.

The BJP has dropped Ministers of State Babul Surpriyo and Deboshree Chowdhury from the Council of Ministers.

Chakraborty, who teaches Political Science at Rabindra Bharati University, said that both the Union Ministers have proved a failure for the BJP in the Assembly polls. “ The BJP could not win as many seats from Raiganj represented by Deboshree Chowdhury, and Asansol, represented by Babul Surpriyo, as the party’s central leadership had expected,” he noted.