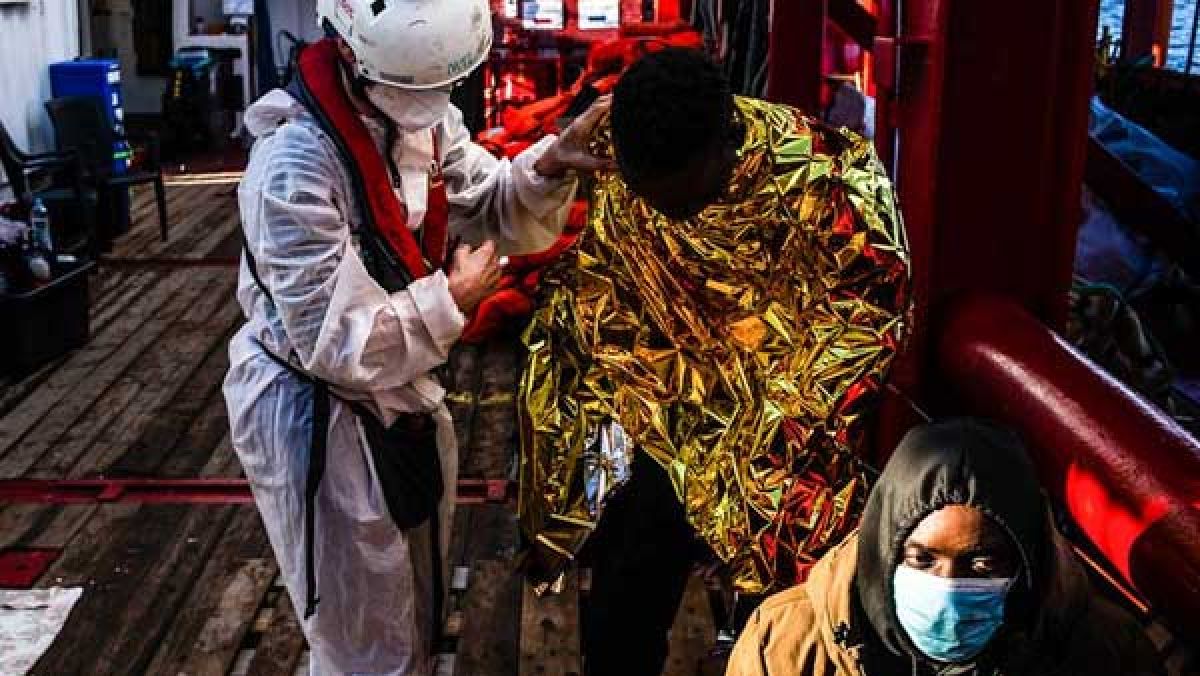 The nongovernmental organization SOS Mediterranee said on Twitter Monday that it had rescued a total of 572 individuals at sea in recent days.

The most recent rescue involved a “large wooden boat” carrying 369 refugees off the coast of Libya.

During a five-hour rescue mission “with a boat at high risk of capsizing at all times,” 110 minors including an infant and two other children were among those brought on board the “Ocean Viking” rescue ship.

Those brought on board came from Egypt, Bangladesh, Eritrea and other nations.

SOS Mediterranee has undertaken six rescue missions in the Mediterranean in recent days.

Earlier, the “Ocean Viking” picked up 71 people off the coast of Malta in an overloaded wooden boat. Those on board had been at sea for three days, setting sail from the coast of Libya.

Four required stretchers due to their weakened state.

A spokeswoman for SOS Mediterranee told dpa the ship is “quite full.”

Where will the intercepted migrants on board be taken?

SOS Mediterranee typically requests that Italian and Maltese authorities permit the “Ocean Viking” to dock at port so that rescued individuals may be brought ashore.

In Italy, this can sometimes be politically controversial.

The United Nations Refugee Agency also announced Libya’s Coast Guard had intercepted 250 attempting the journey off the coast of Libya and brought them back to the country.

NGOs are critical of this practice as it puts those individuals at risk of violence.

How dangerous is crossing the Mediterranean this way?

The International Organization for Migration (IOM) reports the deaths of 866 migrants since the start of this year. Last year, the IOM said the death toll was more than 1,200.

UN figures say 720 have died in the central Mediterranean this year.

Among experts it is widely believed that there are far more death than those that are counted or known.