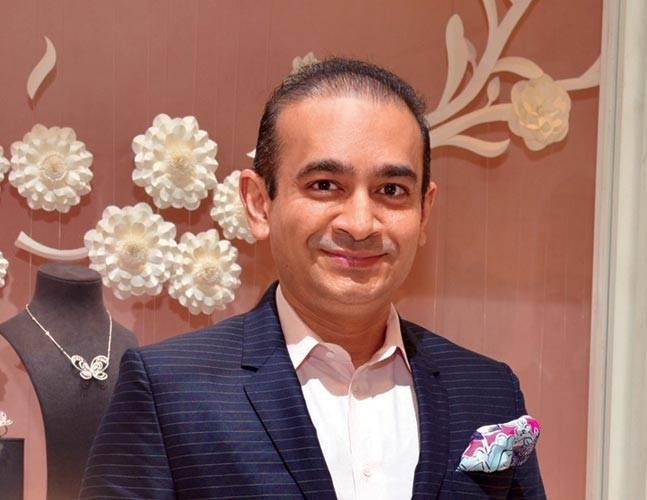 New Delhi: The Enforcement Directorate on Thursday informed that fugitive businessman Nirav Modi’s sister has “remitted” over Rs 17 crore from a UK bank account to that of the Indian government.

This move came after she was granted a pardon from criminal proceedings on the condition of extending help in the probe into PNB loan fraud case.

In January, a Mumbai court made Purvi Modi alias Purvi Mehta (47) and her husband Maiank Mehta approvers and granted them ‘tender of pardon’ on the condition of making full and true disclosure.

Purvi and her husband are British citizens who have never joined the probe.

“On June 24, Purvi Modi intimated Enforcement Directorate that she had received the knowledge of one bank account in London, United Kingdom in her name, which was opened at the behest of her brother Nirav Modi and that the funds did not belong to her,” the central probe agency wrote in a statement.

“As Purvi Modi was allowed tender of pardon on conditions of making full and true disclosure, she remitted an amount of USD 23,16,889.03 from her UK bank account to the bank account of the government of India, Directorate of Enforcement,” ED added.

The probe agency has informed that it has been able to recover about Rs 17.25 crore (USD 2316889.03) from the proceeds of crime with the “cooperation” of Purvi Modi.

According to ED, Purvi Modi had assured that she would help the agency in accessing confiscated assets worth Rs 579 crore that include flats in New York and London and Swiss bank deposit.

An Interpol arrest warrant was issued against her in 2018 and ED had filed two chargesheets under the criminal provisions of the Prevention of Money Laundering Act (PMLA) wherein she and her husband were arraigned as accused in the alleged Rs 13,000 crore bank loan fraud case.

In her application for pardon, Purvi Modi contended that she was not a prime accused and has been attributed only a limited role by the investigating agency.

She had emphasised that she fully cooperated with the ED in this investigation by providing all required information and documents.

Her plea also stated that being Nirav Modi’s sister, she was in a unique position to provide “substantial and important evidence, information, proof, and documents and access to bank accounts, assets, companies and entities that are relevant to Nirav Modi and his actions/dealings”.

The ED had earlier stated the assets in the names of Purvi Modi or her companies, that are expected to be repatriated with her help are: a flat near Breach Candy on Bhulabhai Desai Road in Mumbai worth Rs 19.5 crore, two flats in Central Park south area of New York (in the name of trust) worth Rs 36.52 crore and Rs 182.82 crore respectively, two swiss bank account deposits worth Rs 168.08 crore and Rs 108.23 crore, a Rs 62.1 crore flat at Marylebone Road in London and bank deposits worth Rs 1.96 crore kept in a Syndicate Bank branch at Nariman Point in Mumbai.

Nirav Modi and his uncle Mehul Choksi, both are prime accused in the money laundering charges for allegedly committing a bank fraud of over USD 2 billion (more than Rs 13,000 crore) in connivance with bank officials and by using fraudulent Letters of Undertaking (LoUs) at the Brady House PNB branch in Mumbai.

Nirav Modi is presently lodged in a UK jail and he recently lost his extradition plea to India in connection with this case being investigated by the CBI.

Last month, the ED had issued a statement informing that about 40 percent of the money lost by banks in alleged frauds perpetrated by fugitive businessmen Nirav Modi, Choksi and businessman Vijay Mallya has been recovered so far. The agency credited its “swift” action for the development as it attached and froze the assets.