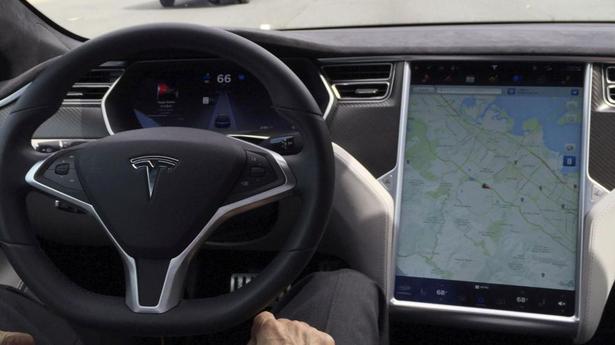 The new policy comes as auto safety experts have been calling on officials to more tightly regulate driver-assistance systems such as Tesla’s Autopilot following a number of crashes.

U.S. safety regulators now will require Tesla and other auto manufacturers that make cars with driver assistance systems to report serious crashes, ramping up scrutiny of these systems after a series of troubling incidents.

Under an order issued Tuesday by the National Highway Traffic Safety Administration, carmakers must inform authorities about fatalities within one day of learning of the incident to provide data for regulators to examine the safety these systems.

The rule also requires reporting of incidents that involve a hospital-treated injury, a vehicle tow-away, an air bag deployment or a vulnerable road user such as pedestrian or bicyclist, the agency said.

The new policy comes as auto safety experts have been calling on officials to more tightly regulate driver-assistance systems such as Tesla’s Autopilot following a number of crashes. NHTSA did not previously collect this crash data in a systematic fashion.

The agency said it also intends to make the information publicly available.

“By mandating crash reporting, the agency will have access to critical data that will help quickly identify safety issues that could emerge in these automated systems,” said NHTSA Acting Administrator Steven Cliff.

“In fact, gathering data will help instill public confidence that the federal government is closely overseeing the safety of automated vehicles.”

NHTSA sent the requirements to dozens of auto and technology companies, including Tesla, Alphabet subsidiary Waymo and General Motors.

Demands for greater oversight grew in April following a fatal Tesla crash in Texas in which police said there was no one behind the wheel. Tesla has said Autopilot was not engaged in the incident and that it believes the driver was indeed behind the steering wheel.

Tesla’s technology also garnered unwanted publicity from Consumer Reports testers who demonstrated how to “fool” Autopilot into driving a Tesla without anyone behind the wheel.

On its website, Tesla describes Autopilot as a driver enhancement system that, despite its name, requires a human operator.

Also Read | Tesla’s tale of woes in the U.S. and China

Senators Richard Blumenthal of Connecticut and Edward Markey of Massachusetts, who had been pressing NHTSA for tighter regulation, praised the action, but called for more.

“We are encouraged by this step in the right direction from NHTSA,” said the senators, both Democrats. “Still, NHTSA must take stronger proactive actions to prevent these crashes from happening in the first place.”

The private Center for Auto Safety praised NHTSA’s announcement as an “overdue, but welcome, first step” to “oversee technology currently being tested and used on America’s roads with scant oversight due to minimal data collection.”

The agency’s aim should be to develop a “comprehensive suite of data” of crashes and avoided crashes to improve enforcement and develop “reasonable regulations to encourage the deployment of safe advanced vehicle technology,” the center said.