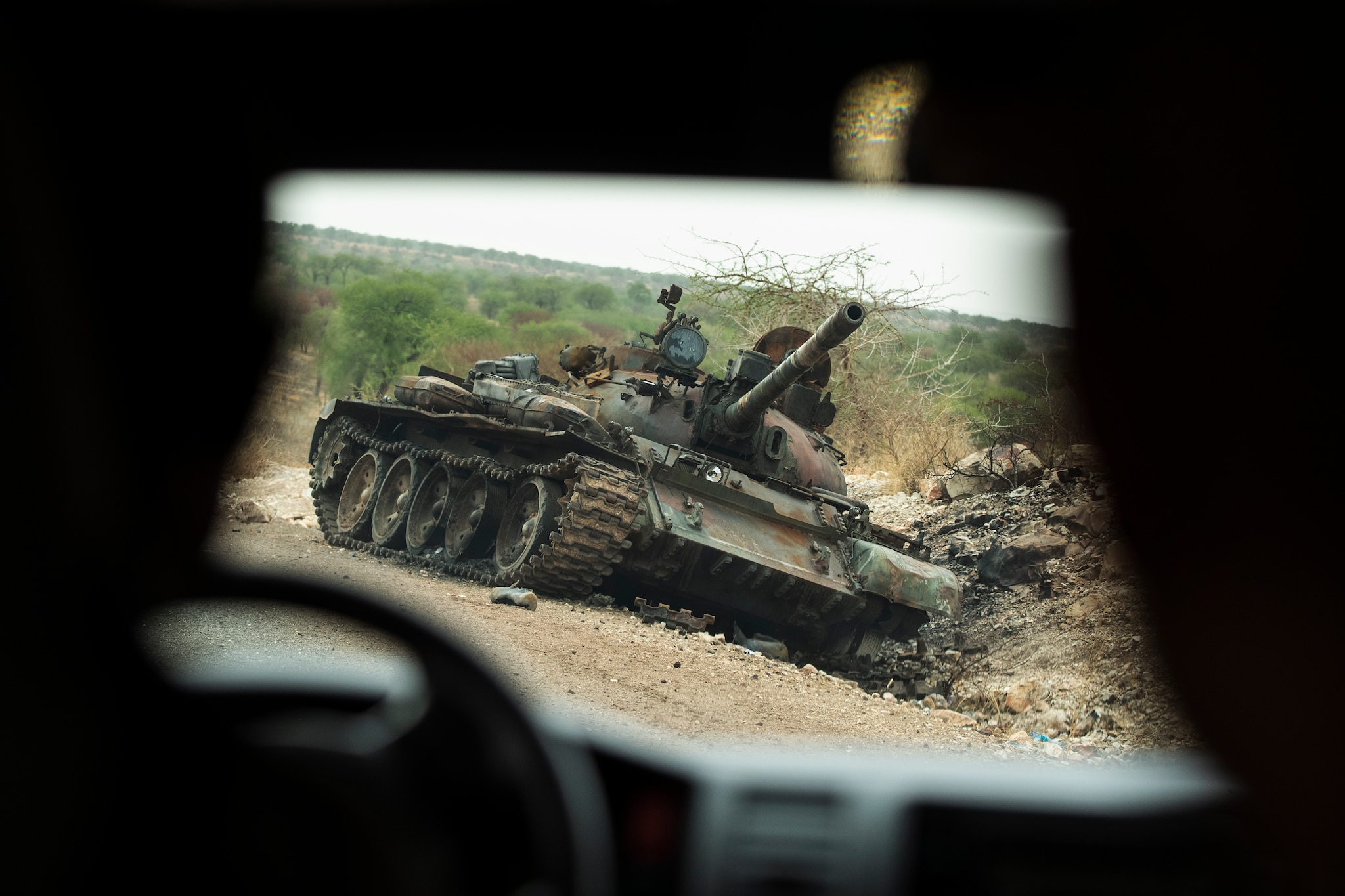 File photo of a destroyed tank during the fighting in Tigray

After months of fighting, rebels have recaptured the capital of the Tigray region. But the ceasefire called by the federal government may be an uneasy one

News of rebel forces in Ethiopia’s northernmost Tigray region seizing the provincial capital was followed by the announcement of a ceasefire by the country’s federal government, led by the 2019 Nobel Peace prize winner Abiy Ahmed. Fighting for control of the region had erupted in November last year and has in the months since sparked concerns of ethnic cleansing and starvation. Here’s what you need to know.

Why Did The Tigray Region Rebel?


Cornered into fighting for the region they dominate, Tigrayans were once the most politically significant community in Ethiopia and called the shots in the Ethiopian People’s Revolutionary Democratic Front (EPRDF) coalition that had seized control of the country after a long-drawn-out civil war that started in the 1970s and ended only in 1991.

Although Tigrayans made up only a small fraction of the people of Ethiopia, which is the second most populous country in Africa, they were seen as enjoying outsized influence and clout in Ethiopian government and society.

The EPRDP coalition included people from four different regions. Along with the Tigray People’s Liberation Front (TPLF), which represented the eponymous region, the grouping comprised the Amhara Democratic Party, the Oromo Democratic Party and the Southern Ethiopian People’s Democratic Movement. Between the four of them, these parties represented most of the ethnic groups in Ethiopia, which since 1994 has been split into largely autonomous states, now numbering 10, but with federal institutions.

But discontent spread among the people and, in 2018, the other constituents of the EPRDP coalition turned against the Tigrayan members, leading to the resignation of the then prime minister and the appointment of Abiy Ahmed, who belonged to the Oromo ethnic group, as the replacement. But Ahmed, who would go on to win the Nobel Peace prize the next year for his efforts to resolve Ethiopia’s border conflict with neighbouring Eritrea, would soon come to be seen as trying to bring about greater consolidation of federal power in the country, which did not sit well with the TPLF.

How Did Fighting Start?

One of the tasks Ahmed was supposed to have taken up after becoming PM was of reforming the EPRDP but, in November 2019, he launched a new outfit instead, the Prosperity Party (PP). However, the TPLF decided against joining this front and that is the point from when the slide started in relations between the Tigray government, which was still under TPLF, and the federal government headed by Ahmed.

National elections were to have been held in 2020, but the Ethiopian parliament voted to postpone them in light of the Covid-19 pandemic. That prompted the TPLF to accuse Ahmed of trying to grab power. Tigray then went ahead and conducted its own regional elections, but the federal government in Addis Ababa refused to recognise the result. Thereafter, the Ethiopian parliament cut funds meant for Tigray. When Tigray rebels allegedly seized an army base in November last year, Ahmed ordered airstrikes in the region and Ethiopia found itself caught in a new civil war.

How Did The Ceasefire Come About?

Ethiopian federal forces that moved in to Tigray as fighting broke out with the rebels were helped by soldiers from the Eritrean army and militias from the Amhara state. The government forces managed to seize control of Mekelle, the Tigrayan capital in November and there was a recent flare-up of the fighting in the region.

The BBC reported that “a rapid offensive” saw the rebels seize control of Mekelle on Monday and that was followed by a ceasefire announcement by the federal government. The government said that it had called the ceasefire to allow farming activity in the planting season and enable humanitarian aid to reach people affected by the fighting.

Ahmed is seen as enjoying support among the international community and the latest developments may have sparked fears about stability in Ethiopia with reports saying that there is speculation on what the civil war means for Ethiopian unity.

Following the ceasefire declaration, reports said that Eritrean troops were seen retreating back across the border. But a rebel spokesman said that Tigrayan fighters will press on to consolidate their gains. “We have to ensure that the enemy, whether from the Eritrean side or Amhara side or Addis Ababa, doesn’t have the capability to threaten the security of our people anymore,” he said.

What Are The Humanitarian Concerns?

According to reports, months of fighting has left thousands dead and more than 350,000 people are facing starvation as supply lines were hit. Also, more than two million people are reportedly displaced.