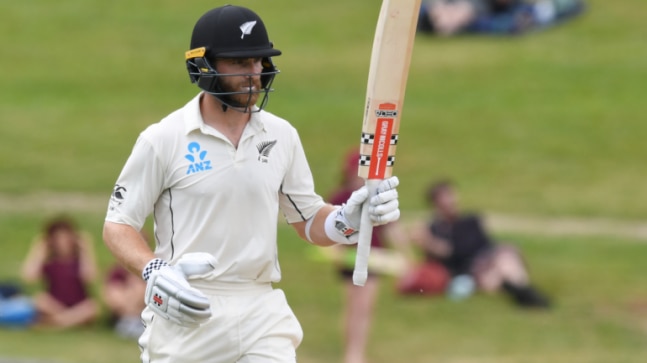 New Zealand captain Kane Williamson has been rested for the 2nd Test vs England at Edgbatson due to injury concerns. New Zealand are to face India in the WTC final following the Test. Ahead of the second Test versus England at Edgbaston, New Zealand have rested their captain Kane Williamson due to injury concerns. The start batsman, who will play a crucial role for the Blackcaps during the World Test Championship (WTC) final against India, has been problems with his left elbow for some time now.

In Williamson’s absence, Tom Latham will lead the New Zealand side. The development was confirmed by coach Gary Stead a day before the start of the 2nd Test from June 10.

Williamson’s place at three in the order will be taken by 28-year-old Will Young, who has scored 48 runs in his two Tests innings to date.

“It’s not an easy decision for Kane to have to miss a Test, but we think it’s the right one,” said Stead.

“He’s had an injection in his elbow to relieve the irritation he’s been experiencing when he bats and a period of rest and rehabilitation will help maximise his recovery,” Stead added about Williamson, who missed 3 IPL 2021 matches for Sunrisers Hyderabad (SRH) due to the same injury.

Kane Williamson had said before his arrival in England that the elbow concern is being managed and he was hopeful of returning to peak fitness sooner than later. It remains to be seen if New Zealand will take a risk with their captain with just 10 days to go for the World Test Championship final against India in Southampton.

Stead had confirmed on Tuesday that spinner Mitchell Santner has been ruled out for the final Test with finger injury, while experienced pacer Trent Boult was available for selection and “very likely” to find a place in the playing XI.

The first Test between the two sides had ended in a draw at Lord’s.

Click here for IndiaToday.in’s complete coverage of the coronavirus pandemic.