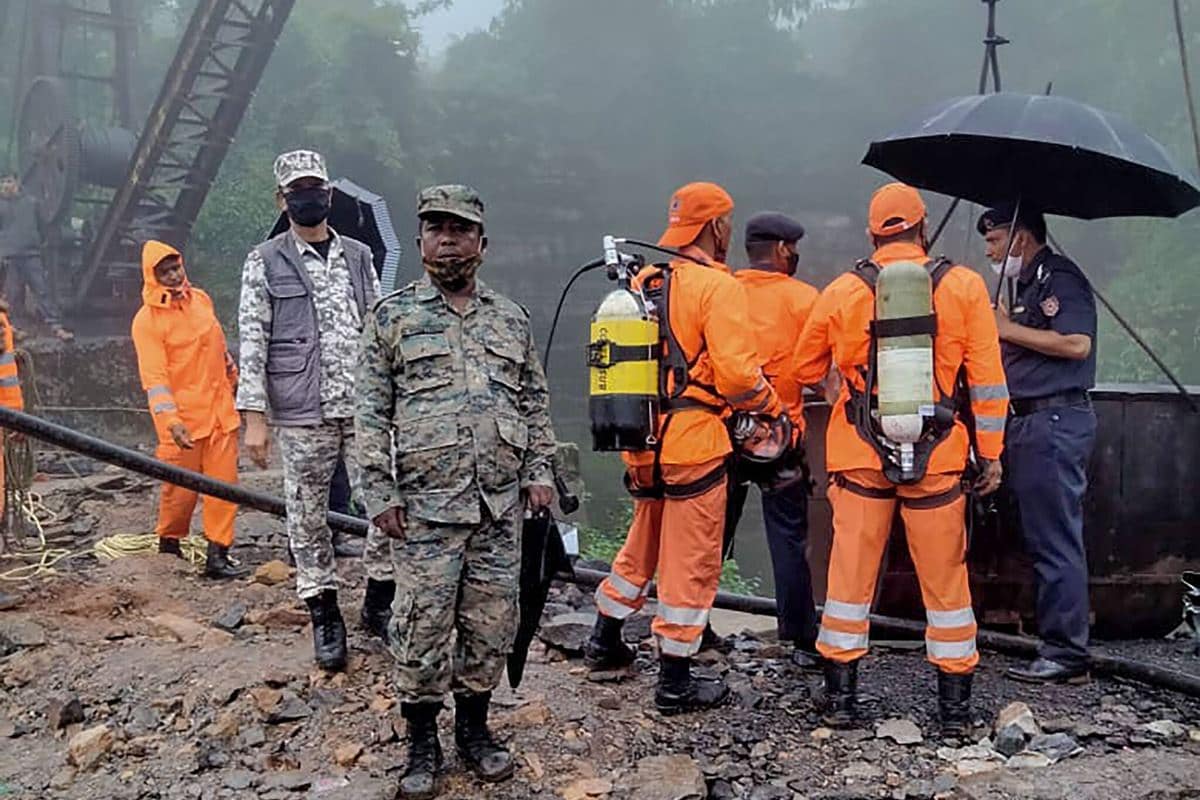 The water level inside a coal mine where five miners remain trapped in Meghalayas East Jaintia Hills district has risen by about 1 metre from the previously recorded depth due to heavy rainfall, impacting rescue efforts, an official said Friday. The National Disaster Response Force (NDRF) on Thursday had said that the water level was about 46 metres from the bottom of the 152-metre-deep pit.

The level of water inside the vertical shaft of the mine, which is about 7 metres x 7 metres wide, has increased by about 1 metre from the previously recorded depth, district deputy commissioner E Kharmalki told PTI. At least 100 rescuers from the NDRF, State Disaster Response Force (SDRF) and the Fire Service, are camping at the accident site waiting for the water level to come down by at least 10 metres because that is the maximum water level in which they can operate, a magistrate at the site said.

The rat-hole mine at Umpleng, about 20 km from Khliehriat, the district headquarters of East Jaintia Hills district was flooded after a dynamite explosion on Sunday. The increase in the water level in the 152-metre-deep pit was due to incessant rainfall in the area in the past 24 hours, Kharmalki said.

As of now, only one pump is engaged to drain the water from the coal pit and the operation will stop by nightfall, Kharmali said. The police have arrested the owner of the coal mine, Shining Langstang, and charged him for violation of the NGT order banning unscientific mining and transportation of coal.

The Sordar (mine manager) is on the run and a lookout notice has been issued since he was the one who brought migrant workers from Assam and Tripura to work in the illegal mine, a senior police officer said. The NGT had in 2014 imposed a blanket ban on rat-hole coal mining across the state taking into consideration a mine accident that took place in South Garo Hills in 2012 wherein 15 miners were trapped when water gushed into the mine.

Rat-hole mining involves digging a deep vertical shaft to locate thin coal seams around which a network of narrow horizontal tunnels are dug to extract coal. In December 2018, another mine at Ryngksan village met with a similar accident and the bodies of only three miners out of the 15 were recovered.

Ryngksan is located a few kilometres away from the Umpleng area. Meghalaya is estimated to have coal deposits of about 560 million tonnes.

The indiscriminate and unscientific mining, absence of post-mining treatment and management of the mined areas are making the fragile ecosystems more vulnerable to environmental degradation, according to the NGT. “These rat-holes are hot and humid and endanger the health of miners. While locals do not prefer to work in these mines, other migrant labourers are brought to work in the most inhuman conditions,” environment researcher Banteilang Majaw said.