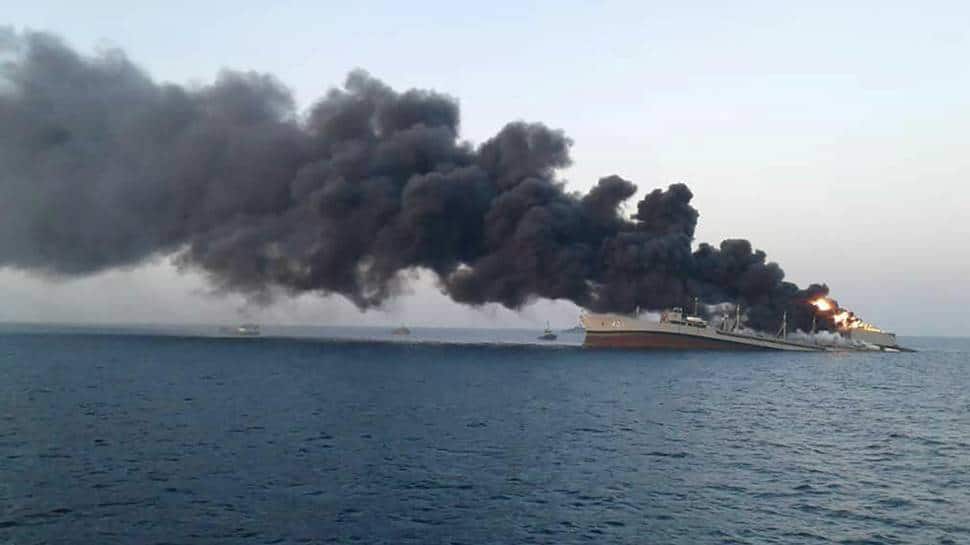 DUBAI: Iran`s largest navy ship sank after catching fire near the mouth of the Gulf, but the entire crew was able to safely disembark, Iranian semi-official news agencies reported on Wednesday.

“All efforts to save the vessel were unsuccessful and it sank,” the semi-official Fars news agency reported.

Firefighting operations continued on board the support ship which was near the Iranian port of Jask situated on the Gulf of Oman, the statement said, adding that the vessel was on a training mission.

The statement did not give the cause of the fire.

In April, Iran said one of its vessels, the Saviz, had been targeted in the Red Sea, after media reports the ship had been attacked with limpet mines.

It was the latest in a reported series of attacks on Israeli- and Iranian-owned cargo ships since late February in which the two arch-enemies accused each other of responsibility.

Last year, an Iranian warship accidentally struck another with a missile during an exercise, killing 19 sailors and wounding 15 others.

The incident took place during training in the Gulf of Oman, a sensitive waterway that connects to the Strait of Hormuz through which about a fifth of the world`s oil passes. Iran regularly conducts exercises in the area.