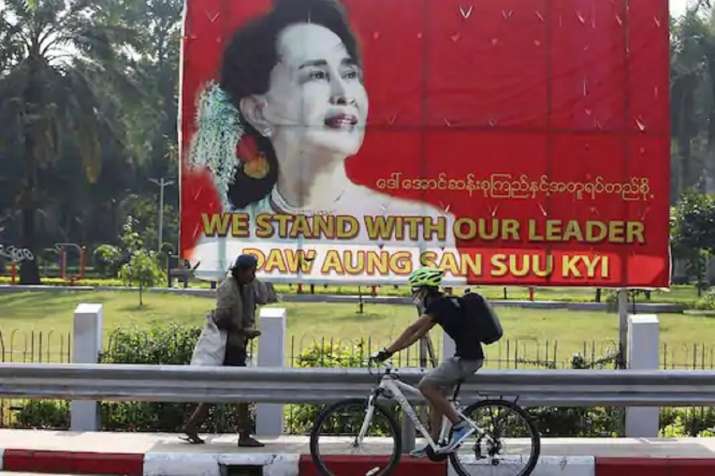 US President Joe Biden demanded on Thursday that the Myanmarese military relinquish the power it has seized in a coup. In a military coup, the Myanmarese armed forces have seized power and arrested its elected civilian leaders, including Aung San Suu Kyi. The whereabouts of her are still not clear.

“The Burmese military should relinquish power they have seized, release the advocates and activists and officials they have detained, lift the restrictions on telecommunications and refrain from violence,” Biden said in his remarks at the Foggy Bottom headquarters of the State Department.

“As I said earlier this week, we will work with our partners to support restoration of democracy and the rule of law and impose consequences on those responsible,” he added.

Biden said in the last few days, his administration has been in close cooperation with allies and partners to bring together the international community to address the military coup in Myanmar.

“I have also been in touch with (Republican) Leader (Mitch) McConnell to discuss our shared concerns about the situation in Burma and we are united in our resolve.

There can be no doubt in a democracy, force should never seek to overrule the will of the people or attempt to erase the outcome of a credible election,” he said.

According to US National Security Advisor Jake Sullivan, there is genuine bipartisan agreement on Myanmar. “We believe we can work with Congress on a package of sanctions to impose consequences in — in response to this coup. We will also be working with allies and partners around the world,” he said.

A day earlier, a senior State Department official told reporters that they have been talking to India and Japan in the region on the issue of Myanmar.

Among others, the US is reviewing the possibility of a new executive order and also looking at specific targeted sanctions both on individuals and on entities that enrich the military.

“So we believe we have plenty of space to be able to find the types of sanctions targets necessary to sharpen the choice for the Burmese military,” Sullivan said.

Speaker of the US House of Representatives Nancy Pelosi called for sanctions on Myanmar. “I myself have been a supporter of sanctions of Burma at the time, going way back, I still call it Burma as a matter of fact,” she said.

McConnell has also called for sanctions against Myanmar. “We already have sanctions in place against key military officials. And Congress has already given the executive branch the authorities it needs to swiftly apply even more sanctions to the military and its infiltration into Burma’s economy,” he said.

“But we will also need the help of our friends and allies to effectively pressure the junta. It is time for freedom-loving nations to stand up for democracy and impose their own meaningful costs on the military junta,” he said.

“That is a joke and the free world knows it. This is a military coup and an attack on democracy, plain and simple.

“There are two paths before Burma. It can continue to grow into a modern, democratic country, connected to the global economy…or remain a corrupt, impoverished, authoritarian backwater in the shadow of the People’s Republic of China. The people of Burma have said which one they prefer,” he said.