The corona cases mainly saw surge in cities like Indore, Jabalpur, Gwalior and the capital city Bhopal. The COVID-19 positivity rate in the state has reached 3.9 percent.

Bhopal: Madhya Pradesh is entering the third phase of coronavirus spread as the number of cases saw a sudden spike in the last two days. On November 13, the state reported more than one thousand COVID-19 cases after a span of 18 days taking its tally to 1,80,997.

The corona cases have mainly increased in major cities like Indore, Jabalpur, Gwalior and the capital city Bhopal.

The number of tests being conducted in the state per day is up to 25 thousand to 30 thousand. The sudden rise in the number of cases is likely due to the festival season in which the markets are getting crowded

As per the Ministry of Health data, a total of 692 patients were discharged from hospitals in the last 24 hours, taking the state’s overall recovery count to 1,69,260.

Of the new fatalities, four died in Indore, two in Vidisha, one each in Bhopal, Betul, Damoh and Shajapur, the officials said.

Jabalpur and Gwalior have so far recorded 13,204 and 13,092 cases, respectively, the officials said.

Gwalior and Jabalpur have 661 and 548 active cases, respectively. 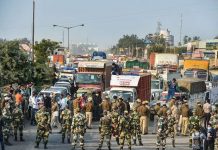 Farmers Allowed To Enter Delhi, To Be Escorted To Protest Site: 10 Points 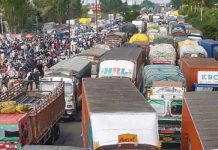 No Government In World Can Stop Farmers Fighting “Battle Of Truth”: Rahul Gandhi