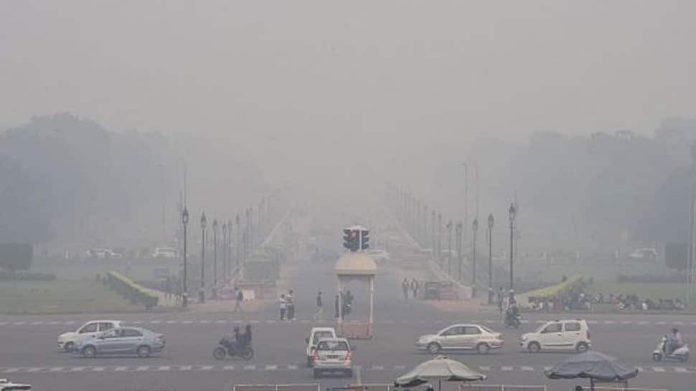 The central government has issued an ordinance, making pollution an offence with a jail term, which can go up to 5 years and a penalty up to Rs 1 crore. The ordinance was issued on Wednesday night after the approval of President Ram Nath Kovind.

New Delhi: The central government has issued an ordinance, making pollution an offence with a jail term, which can go up to 5 years and a penalty up to Rs 1 crore. The ordinance was issued on Wednesday night after the approval of President Ram Nath Kovind.

Earlier, this week Solicitor General Tushar Mehta, during the hearing of a PIL seeking ban on stubble burning, had informed the Supreme Court that the Centre will enact a law to combat the menace of air pollution in Delhi-NCR.

Mehta also urged the court to keep its order of a one-man panel of former apex court judge Justice Madan B. Lokur in abeyance to monitor steps to contain stubble burning. The top court is scheduled to hear this PIL later in the day.

According to the ordinance, a Commission for Air Quality Management will be set up for the National Capital Region (NCR) and adjoining areas in Delhi, Haryana, Punjab, Uttar Pradesh and Rajasthan.

The chairman of the Commission will be selected by a committee headed by the minister for environment and forest and it will also comprise ministers for transport and commerce, science and technology as well as Cabinet secretary, as members.

The 18-member Commission will be headed by a full-time chairperson who has been a secretary to the Government of India or the Chief Secretary of a state. Out of the 18 members, 10 will be bureaucrats while others are experts and activists.

The Commission will look into issues of stubble burning, vehicular pollution, dust pollution and all other factors, which contribute towards the deteriorating quality of air in Delhi-NCR.

One of the important aspects of the commission is that the Centre has proposed to replace the Supreme Court-appointed EPCA and all other bodies with it, which will make this Commission an exclusive authority on air quality management for Delhi-NCR, and it submit annual reports to Parliament.

The commission will be a central body for all purposes. Orders of the Commission can be challenged only before National Green Tribunal and not in any civil court.