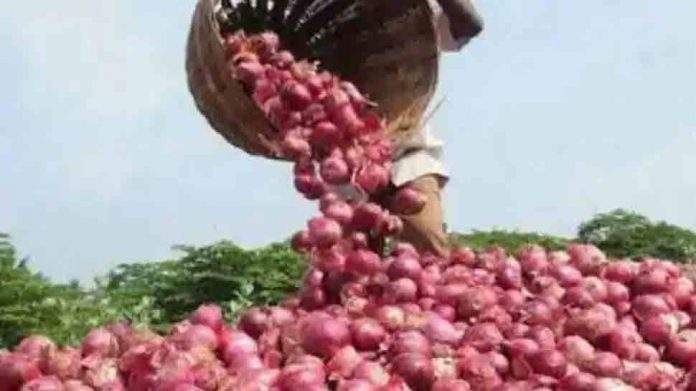 Prices of onions soared to Rs 6802 per quintal in Lasalgaon, Asia’s biggest onion market in Maharashtra, on Monday (October 19).

NEW DELHI: Prices of onions are likely to soar during Diwali this year across the country. Significant impact in onion prices will be seen in the coming days.

Prices of onions soared to Rs 6802 per quintal in Lasalgaon, Asia’s biggest onion market in Maharashtra, on Monday (October 19). This is likely to have a cascading effect on other markets across the nation.

It is to be noted that onion traders were not coming to Mandi following the Income Tax raids on traders on October 14. Income tax officials raided 10 onion traders in Lasalgaon for suspected tax evasion, resulting in an immediate halt in trading activities. The market remained shut on Thursday too as officials continued to be on the premises doing paperwork.

Trading was not conducted on Friday as it was ‘Amavasya’, which is considered inauspicious. The Agricultural Produce Market Committee (APMC) works half-days on Saturdays, whereas Sunday was the weekly day off. Hence, the auction couldn’t be held on either day.

Farmers are already miffed because of a ban on exports of the kitchen staple.

On October 19, when the market opened, onion prices witnessed a sharp increased in its price, by up to Rs 2000 per quintal.

The reason for the price hike is multiple. Primarily, several areas of Maharashtra received heavy rainfall in last few days which damaged the onion crops. Onions from Karnataka’s Bengaluru were also destroyed due to unseasonal rains, leading to a dearth in supply of the crop across the country.

In such a situation, the price of onions is bound to increase and in coming days it will start to skyrocket.

Here’s the Monday’s rate list of onions from Lasalgaon:

Earlier in September, the government had decided to ban the export of all onion varieties, which compelled Lasalgaon, Nashik, and Maharashtra farmers to come out on the streets to protest against the Centre’s decision.