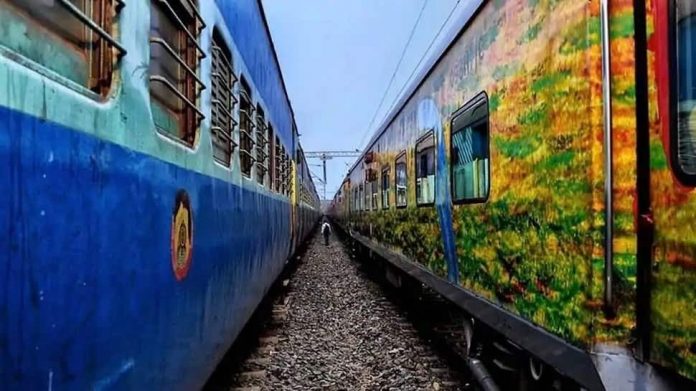 The Railways aims to maximize passengers train operations and so these express trains will be put into service again.

Amid the rising cases of coronavirus COVID-19 across the country, the Indian Railways is slowly but steadily getting back on track. All the Express trains–Rajdhani, Shatabdi, Tejas and Humsafar will be back on railway track soon.

The Railways aims to maximize passengers train operations and so these express trains will be put into service again. According to railway sources, these trains will be stepped up to run back on their original routes by November. All the trains will be run as ‘special trains’.

Currently, the Railways is operating 682 special trains and 20 clone trains. Apart from this, 416 festival special trains will also be run from October 20 to November 30.

According to sources, in November, the government and railway ministry will assess the situation regarding COVID-19, after which a decision will be taken to increase the number of other mail and express trains.

From the point of view of passenger trains, the railways wants to return to normalcy by January 2021, where most of the routes are run on by the Rajdhani to Mail or Express trains.

Through this, the railways will meet the travel demand and at the same time, from the perspective of earnings, the loss of the huge loss in the last seven months will start to recover.

The other side of the coin is that the Railways undertaking IRCTC is also suffering heavy losses. In such a situation, the more trains that run, the more will be the benefit of IRCTC.

The special trains will be run for destinations such as Kolkata, Patna, Varanasi, Lucknow among others to cater to the growing demand in the ensuing holiday period of Durga Puja, Dussehra, Diwali and Chhatt puja, it said. Till now, the railways has pressed into service more than 300 mail/express trains which are now running regularly across the country.

The Railways suspended all its regular services due to the coronavirus pandemic and is operating trains as per demand and necessity.