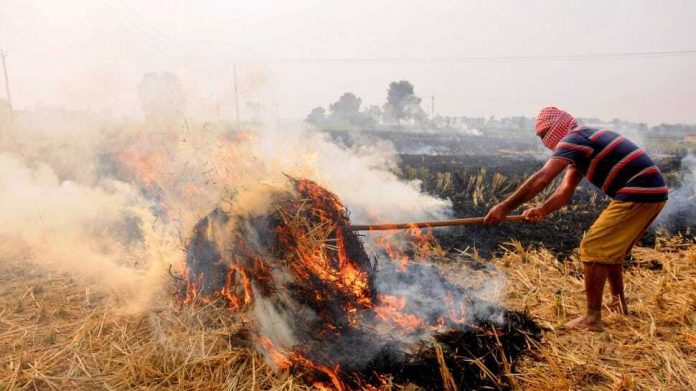 The last time the air quality hit such a poor level in the past 8 months was in the second week of February.

New Delhi: Hours after Delhi’s Deputy Chief Minister Manish Sisodia said that the pollution is an issue not only for the Delhiites but entire north India and that Centre didn’t do anything to resolve it, the national capital recorded its worst air quality index (AQI) in the past eight months on Tuesday (October 13, 2020).

According to the Center-run System of Air Quality and Weather Forecasting And Research (SAFAR), Delhi’s (overall) AQI was recorded at 306 at 7 PM, which falls under the ‘very poor’ category.

As of Monday, the air quality was in the ‘poor’ category. A PTI report said that it was recorded at 261 on Monday, 216 on Sunday and 221 on Saturday.

The last time the air quality hit such a poor level in the past 8 months was in the second week of February when the AQI had touched 320.

According to the Ministry of Earth Sciences’ Air Quality Early Warning System for Delhi, an increase was also observed in farm fires in Punjab and Haryana.

“The dip in the air quality can be attributed to low wind speed which allowed the accumulation of pollutants,” PTI quoted VK Soni, a senior scientist at the India Meteorological Department, as saying.

“The ventilation index has improved slightly and no drastic change is expected in the AQI,” he added.

Earlier in the day, Delhi Deputy CM Manish Sisodia said that pollution, especially that related to stubble burning, is not an issue for Delhi alone, it is for the entire north India. He asserted that the Delhi government has been working around the year to minimise the pollution level in the national capital. He slammed the Centre saying that “unfortunately, the central government did not do anything to resolve it”. He accused the Centre of sitting idle throughout the year.

In a related development, Delhi Chief Minister Arvind Kejriwal and Environment Minister Gopal Rai kick-started the sprinkling of the bio-decomposer solution, prepared by Pusa Research Institute in a field at Hiranki Village in Narela area of the national capital on Tuesday.

The process aims to convert stubble into compost and help in doing away with the practice of burning it. While talking to the media, Kejriwal said that the government has made all arrangements and farmers will not have to spend any money.

“There is around 700-800 hectares of land in Delhi where non-basmati rice is cultivated. We have made all arrangements. Farmers will not have to spend any money. Sprinkling will be done, stubble will get converted into compost and the land will be ready for crops in 20-25 days,” Kejriwal said.