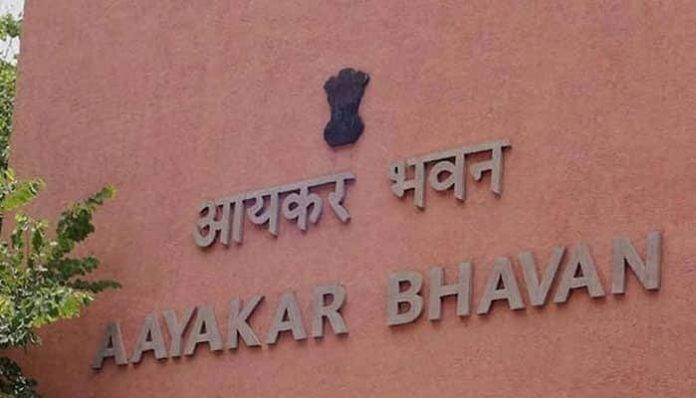 Unaccounted cash and documents having details of substantial cash transactions were also found and seized.

New Delhi: On the basis of actionable intelligence received, the Income Tax Department on Tuesday (October 6, 2020) conducted search operations in Patna, Sasaram and Varanasi and seized cash of Rs 1.25 cr from a person involved in the business of mining and hotel industry.

The search was also reportedly conducted in the case of a Chairman of a large cooperative bank.

“Unexplained cash totalling up to Rs 1.25 crore has been seized, while FDRs worth Rs 6 crore have been placed under prohibitory orders,” said the official statement.

During the search, an amount of Rs 75 lakh was found in a car belonging to this person and subsequent investigations led to the finding that this amount was unaccounted and was also linked to the Chairman of a cooperative bank.

Unaccounted cash and documents having details of substantial cash transactions were also found and seized.

“These transactions are not reflected in the corresponding Returns of Income,” read the official statement.

The Department is also investigating the sources of investment in houses, a hotel and various vehicles of this individual.

The documents found during the search also reveal that unaccounted and illegal mining of stone was also undertaken by the group.

Further, it is seen that the books of accounts reflect crores of credits, which are also being examined for genuineness.