Maliwal also requested CJI Bobde to set in place definite mechanisms to ensure that no other daughter has to suffer the same fate.

New Delhi: The Delhi Commission for Women Chairperson Swati Maliwal on Wednesday (September 30, 2020) wrote to Chief Justice of India SA Bobde and Judges of the Apex Court and requested for a High Court-monitored investigation in the Hathras gangrape case.

Maliwal also demanded the immediate suspension and punitive action against all the erring police and administrative officials including the senior-most officials who tried to cover-up the incident that reportedly took place on September 14 in Uttar Pradesh’s Hathras.

“The brutal gang-rape and murder of a 19-year-old Dalit girl by four men in Hathras has again shaken our already shaken core. Millions of young & innocent girls have sacrificed their lives and dignity in our country and yet except momentary outrage, our country fails to act,” said Maliwal in her letter.

She said that the Hathras gang-rape and murder has once again exposed the complete apathy and disregard our system shows towards its daughters and mothers.

“The victim was gang-raped on September 14 and left to die in the fields with grievous injuries. Despite repeated pleas of the family, the local police failed to register a case of gang-rape or even rape and for 5 days the accused persons roamed around scot-free. It was only on 22nd September that the victim’s statement was recorded and the relevant sections of gang-rape were added in the case and the other accused persons were identified,” stated the DCW chairperson.

“Had immediate action be taken on the pleas of the family and had the victim been shifted to Delhi earlier, we may not have lost another daughter.”

“Despite her serious condition from day one, the Government of Uttar Pradesh shifted the victim to Delhi only on 28 September where she succumbed to her injuries the next day. Even in death, the UP Government was not moved by the pleas and tears of the victim and gravest of grave violation of the human rights of the victim, her family was locked up in their home and the her body was forcibly taken to the fields at 2 A.M. in the morning and cremated by the police officials. No family member was allowed to cremate the body and in death, the family could not be with their daughter,” wrote Maliwal.

She said that every possible fundamental and human right of the victim was violated by the UP Government and its police, in life and in death.

Maliwal also requested CJI Bobde to set in place definite mechanisms to ensure that no other daughter has to suffer the same fate.

Meanwhile, Uttar Pradesh CM Yogi Adityanath has constituted a three-member SIT to probe the incident and a senior government official said the Chief Minister has also asked for conducting the trial of the case in a fast track court.

The official said Secretary Home, Bhagwan Swarup, will lead the SIT and DIG, Chandraprakash, and Commandant PAC Agra, Poonam, will be its members. The SIT has been asked to submit its report in seven days 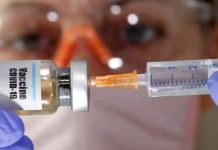 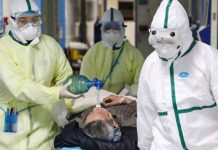 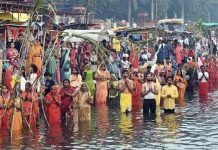